The first 12 songs of this album are profound. I would buy it again and again. Such a nice change with the usage of guitar throughout.

This one of the best albums by Red 🔥🔥🔥

My favorite song is 6 Kiss

Jahsbaisnana - Its Really good but i have one problem

This dude can get it. Everything fake

We lost him for a bit but now he back

FOH with this auto tune mumble rap trash 🗑. Amazing how ppl on some of these reviews are calling this a work of art. I could 💩 on a track and it would sound better than this.

After the mediocre, borderline terrible, disappointing “!” Album trippie brings back his traditional ways on this album and sings his heart out over some great instrumentals for the first few tracks. Some features on the album I feel did a tremendous job like Chris King, Mariah the scientist, NBA YoungBoy and Tory Lanez. Then there are some features that I’m ether ok with or that didn’t need to be on the album. I am ok with lil mosey, Lil Yachty, Pierre Bourne, and lil wop. The features that didn’t need to be on the album were for sure youv dee. His performance was boring and repetitive. For features I’m in the middle of the road for are Da baby, juice WRLD, YNW Melly, and Smokepurpp. I was disappointed with the track “6 kiss” I think the track is overrated because of its features, personally the track felt underwhelming considering who was on it. Overall trippie’s vocal performances are great, the production is flavorful, and I had a good time with this album.

How is this guy still alive making the same godawful music? The pinnacle of mainstream music.

This is really a banger!! My fav is chosen, hate me, and deserve it!!

Been waiting in some of these songs for a long time cuz he been leaking snippets for a while, and I’m so thankful it’s finally here 🙌🏽 TRIPPIE really took his time with this and it’s put together really well 🔥🔥

Everything we been waiting for

No other words could describe this

probably his best project to date.

It’s so good, but I didn’t expect anything less from Trippie.

Trippie is constantly bringing that heat to our ears! Can’t name over 3 songs I don’t like. It’s frustrating watching people give him a lower rating than he deserves because he works so hard and truly delivered a great piece of work.

This album is great in every way🖤

GREATEST ALBUM OF ALL TIME

Not only does he talk about what’s going on in his life, it’s like he is opening the gates to bad vibes

Certain music is not meant for everybody , everybody has there own flow or style you can’t expect music to always sound the same like it did in the 90’s , Trippie redd is truly talented and has his own flow and style which makes him different from others , great album keep being great , young goat 🐐

one of my fav projects 😭❤️

he does this album music to my ears 😌

Great album, crazy what you could make fast after a break up that just happened

This is where trippie red (in my opinion) has reached his peak in his rapping career, even more so then “a love letter to you 3” which I thought was the best trippie red album. This is one of the most enjoyable albums made by trippie red and this is where he really showed his personal style of rap compared to other rappers. This is a kind of rapper that would make a very good song with juice WRLD ( R.I.P😭😭) which he did in “a love letter to you 3” which was the song “1400/999 freestyle” which in my opinion is the best song trippie had made. But anyways, this was a very good album and was fun to listen to especially with hits like “death( with da baby) and “who needs love”. Overall this was a very good album

Snippets are enough for a verdict

It’s the best album ever

MainiacM8 - NO ONE IS STOPPING TRIPPIE 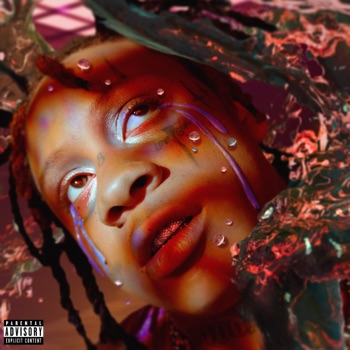