Don’t get me wrong I like the song a lot but when you here someone play it over and over again it gets annoying I mean doesn’t every song get annoying at the time but this song is like everywhere.

The bird of Compton

TURN OFF THE PARENTAL CONTROLS INSTEAD OF WHINING TO RODDY ABOUT MAKING A CLEAN ONE. ITS SO SIMPLE! Great album though doesn’t need a clean version it’s hip hop/ rap everybody knew what they were getting. so don’t whine about a clean version when you knew that this album will be explicit. Why even put a review on if you can’t listen to the album? morons. Amazing debut record though and has put me on some amazing Roddy tracks.

You’re the best at singing legend

I really love this album but there isn't a clean version and I have parental controls on so I can't listen to it and I REALLLLLLYYY love the album. PLEASE ADD CLEAN VERSION...

The best album of all time

I did put a awfull review without listened properly! My apologies for being stupid! This album’s a banger 🔥🔥🔥

The song are just the best

I can’t even listen to this song because I have parental controls. All the other great rappers have clean versions, why can’t you?

I want to buy 'clean' version of 'War Baby' please can this be made available on iTunes - thanks.

It is a brilliant album but we need the box single clean version you know respecting the people what can’t listen to swear words.

this album is great

Lucas🦁 - Fantastic - Roddy really out did himself

First off the production and roddys delivery is lushly and is so satisfying to the ear. The features are great too with not too many but a good amount, Meek mill, gunna and a boogie really work will with roddys sound and complement his songs so well. The writing is quirky and isn’t lazy and boring and he seems to have grown a lot from feed tha streets ll. fantastic album, would recommend

@father Listen to Start Wit Me (feat. Gunna) by Roddy Ricch on #SoundCloud 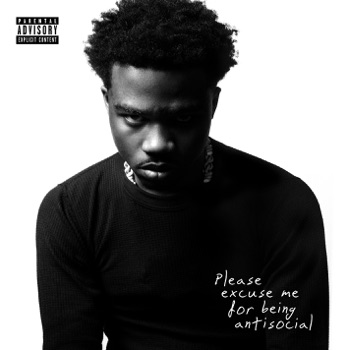