please i’d rather listen to mo bamba on repeat

yolomamayolo - I’m into heavy metal, but...

I love Luke Bryan. His voice is so sweet and sincere when he sings. I’m usually listening to a completely different genre of music. I thank Luke for getting me into a little country.

I need 12 margaritas for it to be tolerable

This is the epitome of bad country pop music

Boring. Lowkey racist performance on idol. Epitome of why country music is bad

it’s not good auto tune to the max

I do not understand the purpose of any of these singles. I really miss the older “Do I” era when songs were actually touching.

Keep it up Luke!!

I love Luke Bryan so much he is such an inspiration go me .

He’s made much better 🤷🏻‍♂️

Luke’s songs in this album have a very nice sound to them. Luke did a great job with these songs. I’m a big fan of Luke Bryan and I can’t wait till the album comes out!

Didn’t he just release an album like 2 months ago? Calm down dude..oh wait that was like combs 🤣

Luke Bryan is incredible! I can’t wait until the full album releases! Luke once again impresses.

is horrible don’t know how it’s even #1 right know on itunes. and beating the jonas brothers?! ridiculous

LocalHero574 - Not Even Country Music.

Horrible. Waste of Time. And to top it of its Not even country music.

tiredgnbye - Are u kidding me

I am more surprised at the reviewers acting surprised that Luke put out a pop-bro country album. Hello? That is his genre and always has been. It’s not like he was confused with George Strait on his last 10 albums! Personally, I enjoy listening to Luke. His voice is soothing and he is the best of the best at the pop country sound. That sound ain’t going away soon folks! It is what country is evolving to. The first and forth tracks are flat out fun! The third is a little mellow but a quality theme song for the album. The other is an up tempo ballad that Luke does well. If you are not a fan of Luke Bryan why clog up this page with poor reviews about not liking his style. Go review someone that makes music you like. This is a decent Luke Bryan album and should not be bashed because it’s not your style music.

Luke, keep up the great work. If people don’t like it because you are not ‘country enough’ oh well. ✌🏽 Dude, it makes the cash so keep it up! Who else goes on multiple tours for the same album? No one other than, Beyoncé. Do you and make no apologies for creating the music you want.

Good lord, Luke. Stop making music for 20 year olds and make some music with some texture and meaning that doesn’t involve auto tune. You’re better than this BS

Is this an album with 10 songs really? This definitely needs at lest 4-6 more songs on it. I canceled my preorder.

Hershey Kind the fifth - Love it

KingCalawayFan - How is this considered country?

Good for you Nashville for forgetting anything good you ever knew about country music.

Terrible....every album I think, can’t get any worse....and then it does!

These people complaining on here are the same people that were selling out Luke’s shows 15 years ago! Now they wanna act like you gotta sound like Chris Stapleton or Tyler Childers to be country...

Ah, I just think he is as good as everyone makes him out to be.. sorry Lukey lol soooo autotuned

How can you claim to be a country music fan and talk bad about luke bryan? These reviews are terrible. Good songs, one margarita is a instant summer jam!

I don’t want to be mean but this is not very good. Let’s get back to traditional country music please because this stuff is not fun to listen to.

no nickname needed to express - 🥱

Sorry song - it’s tragic when a man his age sings ridiculous songs about margaritas- Mr. Bore Bryan I definitely won’t be buying or streaming your new album. The first single is pathetic and I don’t even care about the other tracks on it.

Maybe I could get this Luke Bryan's album on August 7th because that's my 33rd birthday.

Number 4. Yikes what is that?! He does not need that weird auto tune

SoundsOrganic - Would give zero stars if possible

i know you’re not country anymore but at least make some decent sounding music. over produced auto tuned garbage

Is that really even considered an album?? It’s April and we have to wait 4 more months just for 6 songs? Something isn’t right.

Please explain I am a huge fan of Luke Bryan’s and can’t access the album I have been so looking forward to the release of this album even more so that is was to be released on my birthday aaaannnndddd am still waiting for the remainder of the album.

Medionpva - Pre order dated by months, but not told about it. Poor form

Pre order dated by months, but not told about it. Poor form

@2020System: @Mzavalagc Margarita Zavala I have one thing to tell her right now the obamagate is coming and uncovering all the corruptio…

@alanmccredie Yes, exactly that, delicious. Or a lime margarita, one or the other.

@ssj3David I heard his "One Margarita, Two, Margarita" song, and I'm like "Jesus, this song is dumb. Lmfao"

One thing sweet magnolias has taught me is that I need to have a designated margarita night with my best gal pal.

So I took advantage of the to-go margarita.. long story short the bartender liked what he saw and gave me a strong…

@alwaysteamlb: One Margarita climbed up to spot 13!! ✨✨

@Lakerella We've been buying the basics of Kettle One, Costco Anejo Tequila (it's really good and cheap!), Macallen…

I would really like to get dressed up and sit at a pretty hotel lobby bar with a cocktail. 🍸Already plotting what t…

It's going to take more than one virgin margarita.

About One Margarita [Luke Bryan] MP3 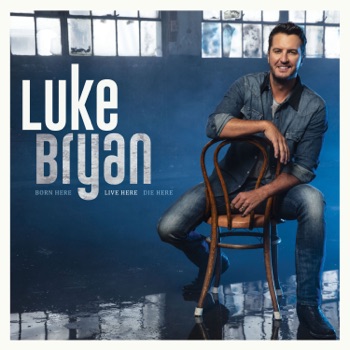