Don’t care for meek mill much, he seems like a decent rapper, but JT is under rated he is super talented and has a dope style... I think people need to let him get his groove back and stop hating!

QueenShanShan - Anything with JT is a hit

rodcasmoraug - This is SHIT period

Trying to make a song that would touch people heart is weak! You know your caterer is OVER and you wanna make heartful songs to get the public eye on you, hopefully people know this trick and avoid this song specifically.

This was an unexpected collaboration from Meek & Justin but a great 1 nonetheless. I truly appreciate the fact that Meek spit inspiring bars without curse words, glamorizing money, cars, jewelry & women. Great tune.

Szar101 - Why would you have Justin on this song

He just wrote a and sung a song with the word yummy or yum in a song 53 times. Justin is kind of messed up lyrically in his head. I am so happy for him that he is a Christian, changed, and has a wife. I thought his new lyrics would be out of this world. Heck no. Song would be better without Justin.

A boring, washed up artist collabing with a talentless hack. Truly awful.

SmooveDreee - I wish i can give it zero stars

musiclover938 - this is boring

i feel like the production and everything could’ve been way better.

TylerMorris30 - Yeah. That ain’t it dawg.

I find it extremely disturbing that the ONLY reason this has 2 stars is because Nicki stans are DESPERATE to bring him down just to lift her up. That’s sad.

Don’t mess with the queen

That’s what I was expecting it to be, given how they posted clips of it. Justin’s singing and lyrics are excellent. Meek’s rapping and lyrics are not. The chorus should have beats under it, but it doesn’t and loses the danceability. You might want to pass on this one.

It was just horrible, horrendous

This is the worst garbage!!! It’s literally terrible!

Unsuccessful guy who hits his girlfriend.

Nathan_zalanski - This some was wack

Tragic the hook is annoying

This song is an anthem for anyone who is struggling, marginalized or simply trying to keep putting one foot in front of the other. I appreciate the honesty in the lyrics from Meek Mill and Justin Timberlake. I love the line “You can break my body but you can’t lock the soul of a man down.” This song is a declaration of undying faith.

Pretty good! I heart anything with JT in it 😘

This Was Horrible, YIKES 💯🚮

A terrible collaboration, probably the worst song of 2020 so far

twitter fingers is trash , simple as that . stream yikes

The whole song was missing something. Kind of flat

The song is actually pretty good. Meek Mill is decent at best, and JT fits very well with the song. I like it. Now, let me just do a little rant that iTunes has a severe problem with. To all of you Nicki Minaj stans, please stop interfering with the ratings of the song, because your bias contributes a lot of problems with the score. Actually speaking of which, ITUNES MODS, IF YOU’RE READING THIS, PLEASE DELETE THE BIASED REVIEWS. What I mean is to delete all of the poor one sentence reviews, because the level of all these people that think that they know how to do reviews, only have the talent of writing a shallow YouTube comment. This review section really proves that “journalism” is currently getting worse in the downward spiral that it had fallen into. Also worth noting is the fact that most of these people are just redirecting to Nicki Minaj’s terrible single, and it’s just blatant nonsense. Now let me ask you 2 questions about this song. Is it complete garbage? No. Is Nicki Minaj’s rabid fanbase jealous of her ex? Yes. Just because Nicki Minaj’s ex drops something DOES NOT mean you have to go out of your way to witch-hunt him. These stans all say “ALL THIS GUY DOES IS SCREAM!” But that’s how Meek is able to express his emotion. So therefore, I petition iTunes to moderate their review system. Please help us Apple. It’s getting worse.

Great ending! Don’t listen to the people giving 1 star, they don’t know what they’re talking about at all

Don’t listen to these reviews. They all are written by Nicki Minaj fans who are trying to mess with meek! The song is amazing and way better than that trash nicki song called “yikes” ! STREAM MEEKS SONG AND LETS WIN GUYS

Lmfao this is TRASH FAM!

Don’t waste your time or coin

this is such garbage, a disgrace to Hip Hop

Do not like the direction Roc Nation is taking him. They are trying to make him a woke, Jay-Z-like, prison-reform advocate, but I don’t believe that is who he is. Of course it is important to support a movement with an important cause, but I don’t appreciate artists trying to capitalize off of it so blatantly.

"Follow your dream not your addictions/ How we gonna follow our dreams locked in a prison." -Meek Mill - Believe fe…

And never ever let yo competition take ya heart! 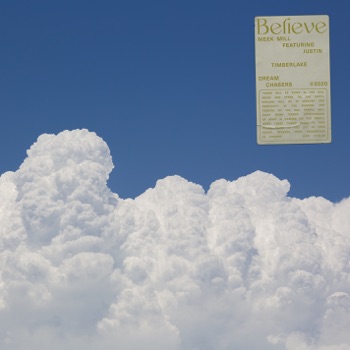