Another great album, love the songs, keep them up boogie

Besides Drake, A Boogie Wit The Hoodie is my favorite singer/rapper/songwriter out there. I love him ❤️ All his albums are 🔥🔥🔥

I respect the fact that some of y’all don’t like the album. However calling it trash is straight up just hating. There are some songs (1 or 2) tht were somewhat “bad” but the overall album was quite good!

If you don’t give this album 4 stars or up then you have no ears for skills!

a masterpiece..perfect in every way!

Boogie shows his versatility as an artist in this guitar dominant singing album. Artist 2.0 definitely let’s us know A Boogie will continue to grow as one of the top young MCs of this generation

Boogie walked on this. It does take a few plays to get use to in. I’m on listen #5 so I love it now.

Bruinsfan770 - This ones not it

A boggie with da hoodie had dropped another versatile album. This album a song for every mood. If you wanna get lit listen to Numbers. Wanna vibe out ? Listen to Thug Love. A boogie has done it again!!

BForBrit - Need the A Boogie on “Artist” & “Bigger Artist”

I feel like A Boogie is trying to do something different with his sound. I love him for his melodies and lyrics.. & I liked him better when he rapped more and sang less. Need that A Boogie sound we all fell in love with.

I said what i said

One of the worst “rappers” ever to come into the game. He’s one of those guys that think they can sing and you’re just sitting there like oh. My. god. Chill.

This is not the a boogie I fell in love with. Yes I know it’s important to switch it up but I feel like he been knew how to do that he raps and sings and has melodies. BUT THIS SHIT IS HOT GARBAGE!!!!! This sound like work appropriate music. Bad

Andrew Nice Clay - Is it this lonely island?

Blurring the lines of satire and hip-hop. This album is laugh out loud hilarious as you listen to the incoherent lyrics and tropes only a white suburban kid would consider cutting edge. The master at rhyming llamas with llamas. Hot trash.

we need another album boogie💯🥴

Anthony_Wayne - What a magnificent guitar!!!

Can’t believe what a wonderful album this is! Love the guitar, the rhythm is out of reach!

Guess you just needed some money? This was poorly done. You can do so mich Better man, :-/

🔥🔥no bad songs on the entire album

This has everything I actually wanted it’s got good melody, amazing wordplay, fantastic guest cast and every song is a hit and just remember hearing this Friday night on its release and hearing #15 Right Back threw me off guard that hands down is my favorite track on the album 🔥🔥🔥🔥 I may have Apple Music but best believe that this album will be bought for my enjoyment if I ever miss Apple Music. Artist 2.0 bruh Boogie you really outdone yourself with this one in my opinion 🔥🔥💯💯 Keep up the good work!!!

He honestly surprised me

Great album but it’s not his best

So great to have melodic rhythms that at legit an real, but aren’t nasty and offensive, ‘cause sometimes it’s really great to listen to these tunes that share a similar story to my own without getting too caught up in the mean and the evil. I’m looking to validate my own heart and speak my own truths and this dogg got that for me most oftentimes. Good record.

Just bringing down the average rating of any bad hip hop album I can.

i listen to this everydayyyyyyy

I listen to these songs too much😩

Nothing lyrical at all

Love all the songs

Not better than Artist but still amazing x

We got London on the track 🗣🗣 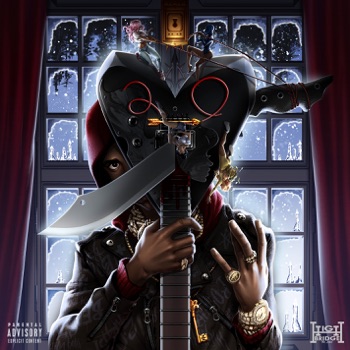