Feel Me was officially released on February 21st, 2020, after previously being performed on the Revival World Tour in 2016. It was released as a promotional single for the upcoming Rare Deluxe Edition, and its accompanying lyric video was released on the same day as the song. Download Selena Gomez - Feel Me MP3 song file at 320kbps audio quality. Feel Me MP3 file uploaded on February 21st, 2020.

Love my Selena! The haters will try to tear her down but she only gets stronger!!!

she releases a song about a married man that she “wrote” 4 years ago... she can’t handle losing and this song is just worse than her entire album.

y’all need to realize she didn’t release this to bash justin. she released it because fans had been asking for it since revival. i’m so happy it’s out, this was one my favorites :)

I am so happy that i got this song because i listen to it all the time and i loves it.

Oh please get over yourself haters. Artists always release music about their past experiences. As if you know anything about music? I bet ya’ll can’t even sing and you’re trying to judge her. Selena did a better job at managing her mental health than Justin ever could.

All of her songs are about the same things with no variety.

I’m glad it’s out! Queen Selena deserves all the love and happiness ❤️❤️❤️❤️❤️❤️❤️

For the people hating on Selena for this song, she didn’t release it to bash Justin but for the fans who have been begging for it since she performed it on her revival tour.

I’m so beyond happy Selena released this! Only real fans know that she did it for us and that this isn’t a new single. I’m so beyond proud of this woman and I love her so much!❤️❤️😍😄🎶💃🏽

Was praying this would be released lol

noah.robert - Glad this is finally out!!

it’s such a beautiful song that I wish was released a while ago, but I’m glad it’s out now for me to keep listening to!!

Definitely the song I needed to hear at the moment.

Glad this ya finally out , fun pop song

jazmin98 - Everyone repeat after me...

True fans know this aint a new track , finally glad it got released though This is gold . Love you Selena ❤️❤️ For you all telling her “get over him” Wait till stuff happens to you ... good luck 👋💔

This is a song that never be old ✨💙

So you release music from years ago to sell records off your 4 year long ago relationship with someone moved on and married? All your records are made off Justin, get original or go back to Disney you can’t even sing without a machine.

People who are saying get over Bieber aren’t really your fans. This song has been sung in the revival tour. She finally decided to release it. Beautiful. You are an angel!

So glad you were finally able to release this! ❤️❤️

Justin is married, stop releasing tracks about him

vic.marie - Over songs directed at bieber

I’m over all her songs being about Bieber. She said a month ago that this song was the old her so why release it? Their relationship has been over for years. I liked it back in 2016 but it’s 2020 now and isn’t needed.

qpineda1985 - I’m happy she decided to re-record this and release it officially but..

I’m happy she decided to re-record this and release it officially but her lack of promotion this era is disappointing. But in terms of this song the vocals sound a million times better than the original that made its way online a few years back.

This song is definitely one of Selena’s best songs. She is so talented with the way she is able to portray emotion and feeling into her music. This song is a 10/10 in my book!

This song is the definition for being toxic. Idk why she thought this was cute to be released 🤢💀

ever since i heard the leaked one i’ve loved it ever since!!

now shes just doing it on purpose.. this song was released and out years ago it just wasn’t on itunes. everyone can listen to it on youtube this song isn’t new. right when he releases his wedding video she releases this old “new” song.

loveannaxo - one of her best

I remember this from Revival Tour 💙

Another song better than Justin’s ✌🏼🤫

sidport98 - Better than all of RARE

I mean.... come on. The vibe of this song is SO GOOD. I’ve been waiting on this for what feels like forever! So glad she released it!

Not sure why everyone is hating on Selena. This song is not bad at all. Good job Selena! 💕

Keep the singles and songs coming! I love it all

I did not know I needed this song in my life! I absolutely love it. I hope she continues to release music!

sel wrote this 4 years ago when there was so much going on in her life. she took those problems and put them in a song that a lot of people can relate to. that's music to me. ive waited for this song to come for 4 years. on tour, this was the song that stood out to me the most when sel sang it. so raw.

This song is amazing and we are all so happy that you released it even though you are in a complete different place now. Everyone who is a giving this song a one star is obviously not getting their facts right. Thank you for this incredible gift 🙏❤️

this is better than the whole album combined

I know this was made in 2016 but she's just using that as an excuse to keep talking about Justin. Move on already Selena. You look pathetic dragging his name into your crap. If this was Justin singing everyone would attack him.

This song is so good! I’m SOO happy she finally released it! 💜💜

Cheers to Selena!! this is good!!

she’s come so far and i’m so proud of her, this new album, and the strength she had to release this song for her fans even though she said she wouldn’t. love the song!!

This song is bad. Her vocals aren’t great and the beat doesn’t seem to go with the song. It’s also getting tiring that Selena continues releasing songs about JB - move on girl!

SUCH A GOOD SONG I LOVE IT 💕

More than just a breakup song. It’s about self worth and the power of realizing it when the other person is unable. Feel Me is all the highs and lows of a rocky relationship and the frustration of putting effort into making something work when the other person isn’t willing to do the same. Selena Gomez has created another heart-wrenching musical masterpiece with lyrics that portray anger, hurt, and empowerment.

Don’t waste your time or money

Girl can’t stop can she?? She told a fan she wrote this song at completely different time in her life. It’s not relevant to her personally or in her career. But she here is. Hopefully people will realize how obsessed she is. He’s married now sis, leave him and Hailey alone. She really says if he’s not with Selena he will always be alone. But JB is emotionally abusive???? Sel you sound like the manipulative one here. You’re lucky I can’t give less than 1 heart or I would.

I’ve been waiting for this gem to be officially released since she first performed it on the Revival tour in 2016!! This is just another example of the great music she has been releasing lately

This is amazing! This is better than all her previous album, this type of sound suits her voice and style very well and the composition is great! She’s improving!

Girly always crying for a guy that never wanted her 😂 old song says didn’t want to releases it and now she releases it for clout since her album rare ghetto flopping she needs jb clout!! Girl grow up go find a man and stop with these ghetto 5 yr old songs when he didn’t want you ever since you broke up 2012😆😆😆

Love her song, awesome, i like how she’s moved on in life. #goodforher #feelme

mad at an ex? got played by someone? this is your song ! go listen and stream let’s get this masterpiece #1!!!!❤️❤️❤️❤️

I’ve been wanting this for years!

I’ve been waiting for this song for a long time! It’s amazing I love you Selena♥️

Loved this song first when Selena sang it at her concert! I am sooooo happy she released it😊☺️

Love this song so much

This is such a good follow up from Rare. All together it’s a night all to itself!

Wow this is one of her best songs!

This song is so gooood

Been waiting for the official version since the Revival tour in 2016. Thank you for this gift Selena!

Should have been released when she first made it , an absolute tune if I do say so myself !😌

Why was this not the lead single for Rare or part of a re-release for Revival. Or it could’ve been released during her Standalone era. Great song 👍🏽

Omg I have been waiting for this since I heard it at her Revival concert in 2016!!!!

It’s finally out after Selena performing this at The Revival your 4 years ago.

Can’t believe she teased this in 2016 and we FINALLY have it!

@mikemon8_mike @KaitMarieox @nuckingfutz33 Hey, I greatly dislike what she has to say like all the time, but I feel…

@AlexisGiaa: I am grateful for this quarantine a little because I don’t feel like dealing with nobody shit lmao. As bored as I’ve been,…

omg. just shower. it makes me feel so much better.

@djrothkopf: Help me, Twitter. I'm watching @KamalaHarris on @MSNBC right now. When will I get over these feelings of loss and of what…

@JezCorden I have a bit of shortness of breath, dry cough from breathing in too deep and a little sore throat. My d…

@jaleasawise i feel, dm me if you ever need someone to listen

About Feel Me [Selena Gomez] MP3

You can find here mp3 music file from artist Selena Gomez, album Feel Me - Single, song Feel Me, released date 21 February 2020. Listening and fast downloading online to Feel Me - Selena Gomez mp3 preview is free and does not require registration. 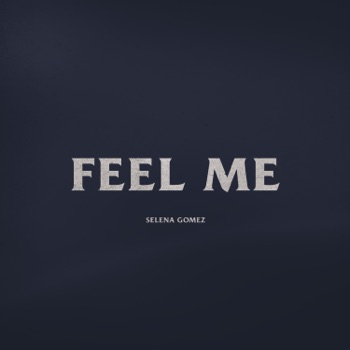