He’s an artist that has stayed true to his style that has made him popular...this album accentuates his vocals more than his previous albums, I’m still a fan for sure!!!

All I remember is Rihanna is on it some where

love this style of R&B #PND

njbg89 - Happy see him back

Been waiting for awhile for a new album he underrated artist needs more talk makes good music beats on point love tracks 4,5,6 are my favorite 5/5

Keilah12 - The Album Is Perfectly Fine

If people don’t understand the concept, the story, the music details in his songs, then they aren’t open minded to THAT TYPE of music, and that’s okay this isn’t your forte. But don’t come on here talking crazy! people fail to remember that PARTYNEXTDOOR’s music is a sub genre of R&B. It’s more of a unique vibe rather than mainstream R&B. To me, all his music is a story time line. His albums mostly consist of strong lyrics and the type of instruments he uses to create the transition/ flow that draws his fan base in. it’s a genuine feeling in his music, if you don’t like it you’re either not listening to the words or you can’t feel or relate to what he’s saying. People are commenting absurd things on here clearly you don't hear the form of music he makes. ALSO PND IS JAMAICAN let him sing on his reggae beats. Unique music is what keeps music different !

I’ve been waiting for another album and he delivered! The flow of a story throughout the entirety of the album makes me love it even more!

it’s ok..it’s not like the old partynextdoor vibes I use to get

Khristian Willis - This Is Art!

Over the years, I’ve been presently surprised at how much better PARTYNEXTDOOR’s projects get. PARTYMOBILE is no exception. These vibrations is exactly what I needed right now. I first stared streaming with no interest in purchasing, but I quickly changed my mind. Some of my favorites in no particular order are, TOUCH ME, EYE ON IT, BELIEVE IT, & PGT. PGT is on repeat! I can’t wait for PARTY to get to the next level because he get overlooked a lot and it honestly a shame. He is extremely talented. Thank you Jahron!

i will listen to anything partynextdoor put out, he haven’t had one bad song yet!!!! i love it and keep going party❤️ everybody who left a bad review smd🖕

album was good in my opinion. very close to his first two albums which are classics. great job man.

I always enjoy putting on PARTYNEXTDOOR. The sounds are great, and even though his music is evolving I still felt the haziness. The dreamy R&B mixed with tropical flavors is a nice touch.💯🙏

I love his voice and lyrics so much 💕

Unless your at a club, but not anything to write home about.

Pnd needs to stop with this raggae or whatever and go back to his old R&b. New stuff is not working out

Why is a bunch of rap and R&B trying to go in the tropical dancehall direction? It’s not good. What happened to the hazy/dreamy R&B sounds of P&D? I’m all for trying new things but this sucked

Reading the reviews I got really disheartened, why must people be so disgusting? Obviously he feels as if this is good enough and for most of us it is way better than just "good enough". He’s been gone since like 2017, and I genuinely appreciate the time and precision he’s put into making this album. If you don’t like it, no need to be rude or mean, just keep it pushing because at the end of the day he’s human. My top 5 are nothing less, split decision, never again, the news and eye on it. I honestly couldn’t even be happier with this album, party you did GREAATTTTT!!!

I came in with tempered expectations as I've realized that he has slowly but surely gone downhill since PARTYNEXTDOOR TWO. With that being said, this album was definitely worth the listen. I do not see it being in rotation after a few weeks. Not mad overall, just disappointed as I thought this was an artist that would continue to ascend amongst the R&B ranks. I will continue to support in hopes of that next classic album, but not sure it will ever happen.

No investment in the art.

Stop living in the past and enjoy the present

I liked party’s last album and some of his earlier stuff but this is bad. I like the Rihanna track and I like the news. But the rest is kinda forgettable. It sounds like he is trying to be young thug a lot of the time also.

Master Pham - Is this what you call music?

I’m not really sure what to say. I tried to like this album, but good lord it’s just trash from beginning to end.

Album is great from start to finish

Idk why drake approve this album, I don’t get it.

I have been waiting for the return of PND and he didn’t disappoint. I love the album great work!

This album so dope. My baby did what what he had to do.

Some few good songs I liked. Rest....just sounds the same.

I was on the fence after the first listen but after the 3rd or 4th listen I can say I thoroughly enjoy this project. I appreciate an artist taking the time and effort in trying not to sound mainstream and carve his own sound. Production on album is very clean and vocal peformance is innovative. And please don't listen to people who expect an artist to continue giving the same 'P1/P2 vibes' 6 or 7 years later. Let artists grow.

I love this album, only song I did not like was “touch me”.

Hopefully this is the beginning of Rihanna’s comeback!

Really bruh this is the best you got

Rihanna brought me here. Lol but this s smooth album.

Michael Mirtica - Exactly what I am looking for

Party knows his vibe and sound so very well. He is consistent and delivers every time. This album is no different, among his most dynamic. From a chill evening cruise, daytime hustle, or nighttime house party - this album has it alll

To have a such a long hiatus, and return just as fluid, poignant, and real as ever is a musical reward to PND fans before, and likely new ones. A solid effort collectively. Shout out to PND & OVO.🔥 🙏🏼🤙🏼

Breland Brimley - PND is back.

Mannnn. It’s been a long time coming. Glad to have new timeless music from the GOAT!

This is some forgettable nonsense album. I waited for this? Just stop. He ain’t getting better than his first two. Facts. Party is over.

i only like a few songs from this album and i totally miss his old music. he tried sort of a new sound which appeal to other people just not me. i pretty much only LOVE “another day” which i found out was an older song and he decided to put on so, ya i just miss his old beats and tone 🙈 still love him tho

There were a few songs that I liked from the album (not gonna name any) but overall its a step down from PND3. There were a little changes.

Going to be one of Jahron’s greatest albums!! Congrats to the entire team

If the latest single is any indication of what is to come then we can tell this offering will be far and wide from the gorgeous productions heard in PND1 or COLOURS, and will most likely be closer sonically to PND2 The good news is that are no hints of PND3, although it had its gems The bad news is that unlike 7DAYS and COLOURS2 there does not seem to be any clear cut hit record(s) to lead with which is an absolute shame for such a talented songwriter who has created multiple hit records for so many other artists for nearly a decade All-in-all, listeners will soon get to decide where this album lands among the rest of his catalogue come March

This album better be straight🔥

Not one good track

The Party we love!

3rd hashtag to trend for today! Can't believe it! We all are hardworking Waanjais like MewGulf! 😅😂 #ShopeeWFHxMG

@ZubyMusic: Yes. I've also heard such people say that 'logic' and 'civility' are 'tools of white supremacy'. That is literally one of t…

@Theresa90842128: It's called ahimsa. Mohatma Gandhi advocated nonviolence and is remembered for his peaceful ideology. MLK I believe…

@CMCAdvanced @qhikiz I had my first police brutality experience at 7. That stemmed my passion for talking about soc…

@niro60487270: How Turkey is beating Covid-19: Chief doctor Nurettin Yiyit - says a key is to use HCQ early. "Other countries are using…

@fearofroya: I can’t believe George Floyd died because a grocery store clerk thought he wrote a bad check. That just doesn’t register in…

@owillis: nonwhite people: actually, its pretty easy to believe it.

@metaburbia @MattHancock Movement for Childcare, where it is mentioned is in respect of accessing public services…

@PeterEgan6: Living in a vegan world would begin & end with many words beginning with C. EG..Confidence..Courage & Compassion. The Confi…

@israel_oye1: -Dude!! You won't believe it. I used this liquid thing they call 'bleach' and miraculously, it removed the stains. -Are y…

@jonkarl This is the world created by the media and the Democrats Jon. It began with @BarackObama ‘s ignorant comme…

About BELIEVE IT [PARTYNEXTDOOR & Rihanna] MP3 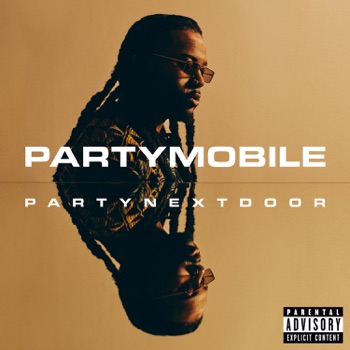