I love this band so much. Their first two albums are true masterpieces 10/10. This album is mainstream pop/trap rap garbage. The auto tune and voice distortion is awful and the music is basic. They lost what made them so special in this album. I hope their next album doesn’t sound anything like this. - Heartbroken Fan

critical_kat - Tangerine was more of a meme song.

Uh— If you want to bop to Tangerine that’s fine but PLEASE don’t play it within a 20 foot radius of me, thanks.

I feel like this album is a fun ride. It feels more personal and close to the chest then the other two albums and that works perfectly for the vibe and everything. Great tracks to play during the summer nights. It’s still pretty weird, as Davey tends to be, but it’s a little more mainstream and I’ve found it is easier to introduce people to GA with these tracks and then sorta drop the weirder stuff on them. Made quite a few new fans for them. Anyways, worth a purchase. Good sound. Want more.

After the Zaba album, which I love, was the next album, in which I was not very fond of. I heard a sample release on social media of this 2020 album and my first impression was: Why? You had a sweet spot with Zaba and you should have stuck with it. The reality is, this album is awesome. I stand corrected. As an artist myself, I understand that bands evolve / change. This is a different kind of masterpiece and I completely underestimated this band. Glass Animals will continue to be one of my favorite bands.

Song writing is awful and the mixing is pretty bad as well.

One if the best albums to be released this year

Only Glass Animals makes my jaw drop as regularly as it does when listening to their music. Little surprise drops or pauses, harmonies that suddenly appear and slice through me, lyrics that feel like a friends calm hand on your chest. My absolute favorite band, and somehow even better live. Can’t recommend them enough!!

How could you not

I'd like to thank FIFA 21 for introducing me to this masterpiece.

I love Glass Animals and this album is really good! :)

I’m love tangerine and space ghost to coast to coast! In fact I’m listening to it right now😍😍 It’s absolutely 🔥🔥

probably second to How to Be a Human Being BUT this is still a masterpiece! the concept, writing, and production(!) is super impressive. love how they went from telling stories based on different people/characters to something more personal and nostalgic like this. they have the range, darling!!

There is so much to love about this album, all the way around. You can’t help but move your body along with the psychedelic riffs and fluid, hip hop saturated rhythms laced throughout the whole album. But after a few listen through a you begin to decipher the meanings behind each track and where Dave Bayley was drawing his content from and it’s incredibly moving and emotional, even on top of the superb sound. I’ve been looking forward to this album for some time now and it was most assuredly NOT over hyped. It is absolutely spectacular.

pinealps - The First & The Third

This album gives me the same vibes the first album did. Expect is an upbeat mellowed tone. I love it!

For their first fully autobiographical album this hit the mark on the head. They stayed true to their sound. Great job!

Glass animals does not miss

Go listen to some metal

I’m a huge GA fan but this not their best work. Not enough bangers and most of the tracks were too mellow with no build-up & drops. I love a good chill track but this just didn’t hit as hard and wasn’t nearly as satisfying their earlier albums. My friends that are also GA fans agreed.. My favs were their singles from this album: Tokyo Drifting & Your Love. Waterfalls Coming Out Your Mouth is also good.

I love Zaba, I think it's a work of art. Their second album took some getting used to, but I love several tracks from it. But this album is too different. It's nothing like the previous albums and for the first time I actually regret buying a CD from them. It's just digital noise, there's no art anymore.

Another great album from Glass Animals!

i am so amazed by this and how far glass animals have come as a band. pure talent in this album and you can really feel the experience when listening to this album

Every single song on here is mind blowing. Love it

Glass Animals are on the cutting edge.

Unique approach and style...love it!

This album is insanely good

I’m a new glass animals fan and I completely fell in love with them the more I listened to their music. This album is so creative and so original and I love the message this album gives. This whole band is so talented and I am so excited to hear their future creations. I will definitely try to catch them in concert as soon as covid calms down. 12/10 i’m so in love with this album😍

After waiting this long to hear the rest of the album, my excitement was awakened once more to listen to the tracks. The music gives me feelings that are both nostalgic and hypnotic. Tracks like You Love is Deja Vu makes me want to het up and dance like nobody's watching and Heat Waves gives me this sense of lonely acceptance. So much thought was put into each of the songs and I'm glad it was worth the wait.

good to have new music from them once again. the singles they had released range from fun & dancy to super chill ones. i love the whole album overall! tangerine & helium are my favorites so far :)

this album is AMAZING. there’s a lot of experimentations and different vibes - but still with all the classic weirdness of GA. seriously made me feel like i was dreaming. favs: tangerine, space ghost, your love, IASIL

i love heat waves I cannot stop listening to it

Fantastic music from fantastic people. Doesn’t sound like anyone else out there. Turn the lights off and go

I like the calmness of ZABA and the heaviness of How to be a Human Being, this is more pop which is fine but it’s missing the catchy hooks

I have been a casual Glass Animals listener over the years but this album sold the band for me. The music and lyrics are outstanding. I have now gone back and listened to all of their older music and I am hooked. What an awesome band.

THIS IS THE BEST ALBUM EVER!!!! Glass Animals does it again! Every song on this album slaps so hard! It’s such a ethereal, nostalgic vibe but at the same time every song goes so hard! I’m in love with this album!!!!

Worth the wait ☺️

SKMilburn - Higher than every expectation

Glass animals always get better and better with every album!

This band has been on top ever since the start, but WOW. This album kicks butt!

jayyvalexander - this was beautiful from start to finish

i have no words to really express how good this album was, just listen from start to finish.

Ashtay101 - Dreamland is My Land

TheNifinator - Worth setting time aside for

This is an album you listen from start to finish every time. A listener can really identify themselves reflected in these songs and will leave you vulnerable. Just immaculate. Perfect. Completely perfect.

Water falls is really something else💙

Feels different from what they’ve done in by the past, but it’s sounds really good.

been waiting for this album for a long time...so was very pleased when it finally arrived! I liked the singles a lot so was intersted to hear what else the band had been working o... i was stunned! it's a good album overall, with latest single Heat Waves, finally looking like it will break Glass Animals into the mainstream [much deserved!]. However the standout track for me is It's All So Incredibly Loud which on first hearing completely grabbed my arrtention and, i'm not afraid to say, made me cry... not a sniffle burt a full sob-session. It's a brilliant piece of song writing which toatally engaged my emotions and left me feeling raw and exposed. Any band that can produce something so honest and raw has my full attention and admiration. well done Glass Animals, and i wish you every success on your journey into the [very] big time!

Great debut then a sophomore about as generic as an Usher b-side! Yawn!

An incredible record to return with!

Utterly brilliant from start to finish

Heatwaves has to win

& why tf is this in alternative¿?

Happy Birthday to Pamela Anderson, star of Scary Movie 3 (2003) and The Institute (2017). Other credits include Sna…

I’ve never seen the movie “Brown Sugar”, but it popped up on my YouTube home page, so here I go.

@Jim2theBreen @oscarsclip Yes not at all important to discuss ticket prices in 1994 and 2006. Or to do any other re… 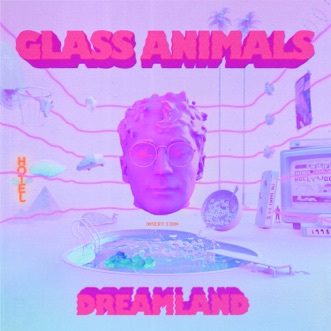