It’s just the same song with a Beyoncé verse that isn’t even written by her. Predictable.

The original was good, didn’t need Beyoncé wanna be rapper hopping on the track. She weasels her way into songs just to be relevant on the charts

She has done it again and effortlessly might I add :)

Love the one liners!

sad!! considering what these two are capable of

I expected more from a legend. Not gonna lie, I was hoping for more beats and something catchy; not this

not a huge fan of megan but beyonce in the remix made the song amazing!

Really? Jumping on a remix for a quick #1?? What happened to artistic integrity?

Two H-Town icons made the song of the decade.

a_graves - Bey Knows How to a Remix a Song

Amazing vocals by the queen Bey over a fun song by Megan. You love to see it!

this song goes even harder w/ Yonce! Showed us what a real feature is 🥵 love ya meg .

Love that despite we’re in such sad time, we can hear a fun collaboration with The queen Beyoncé and up and coming queen Megan Thee Stallion. Anyone that can hate on this fun tune. Speaks volume because music usually tames the wild beast ❤️

Thanks for the Heat Texas Hotties! 🔥🔥

Beyyjosh - BEY & MEG DID THAT PERIOD.

You did it again . Constantly raising the bar 🔥

Is say so remix

Amazing remix, for an awesome cause✨I don’t understand all the negativity. These hateful comments...just wow.

Keira Mendoza - why are y’all streaming this ? stream stuck with u

THIS IS MY CURRENT FAVORITE SONG!!!! 💗

Beyoncé added nothing to this song

this song is amazing beyoncé’s vocals is amazing. she is undeniably talented i love her and i’ve loved her since i was a little girl

Beyoncé and Megan got a hit! I love this remix! This song deserves the number one spot on billboard!

I feel you Beyoncé

posted by MUSICALLY star!!!! - Sorry but not my thing

No offense but Beyoncé ruined the song by a whole nother level! But don’t get me wrong but Beyoncé is a wonderful singer but when collaborating with a rap song then adding a pop vocals aren’t as good as the original.

MUziq56 - This is a real remix

How is this RnB? Not

yes, i understand megan wants a #1.. but she didn’t give ANY hype for hot girl summer and shes trying to take away a #1 nicki deserves way more than her.

MsAlisaJane - Houston's Own Collab to Helping Out! Beautiful!

I absolutly LOVE how a veteran and an emerging artist collaborate together, to help out there home town during this pandemic. IT IS truly a well thought out REMIX. Boyence elevates her skills which is not bad at all considering she's not a rapper. Megen re-wrote her lyric's which was alread savange now it's just deadly...lol. This Remix has an added touch a still motion video that proves its not just about them (the artist) but who they are representing and backing it up by giving all the proceeds to their hometown. "Outstanding Ladies Outstanding!!" I wish you nothing but continued success!

Beyonce and Meg = the dream team.

This song is iconic! Nicki Minaj could never!!! Barbz tread lightly because all Nicki is known for is holding Nickelodeon and BET Awards 🥴🥴😭😭😭😭😭🤷🏾‍♂️🤷🏾‍♂️🤷🏾‍♂️

ok but not a hit

Two queens into one song, makes the ABSOLUTE bomb

Beyoncé delivered on this remix that will be a classic in Megan Thee Stallions discography!! Megan truly is a force to be reckoned with!

Okmicho - Savage to the max

A cohesive remix that elevates the original

Boring sounds very much old and I don’t like the song at all! Prefer the old say so

A brand new artist doing a second remix for more money and attention i guess?? Not here for it, not feeling it

Don’t get me wrong, Beyoncé has had an amazing career. But seriously why is she still trying to remain relevant when her time in the spotlight has clearly come to an end. Her vocals really don’t suit this song at all. She literally singing off key...

This is awful! Why add Beyoncé of all people to it? The song is ruined, makes my ears bleed. Just no.

So bored of this damn song.

QUEEN TINGZ H TOWN BOW DOWN YOUR FAV COULD NEVER 😝

Beyoncé and meg did an amazing job!

Megan is killing it at the moment

Love it, BEYONCÉ made it all new

congrats to Megan for continuing to prosper! secured a collab with her idol AND a day in her honor in her hometown of houston, all before her debut album. an icon in the making! congrats to blue ivy for being the best manager in the game. kris jenner been found in a ditch. congrats to beyoncé for giving us a REAL remix. new verses, new arrangements, background vocals throughout, layered harmonies, etc. mariah would be proud! a true legend with artistic value. thank you for giving us quality AND supporting a fellow queen. PURCHASE (and Stream) Savage Remix now - all proceeds go towards Bread Of Life - Houston foodbanks supporting the Covid crisis!!! 🐝🐴💞

What ever happened to Beyoncé, I remember her in the 90’s when she was awesome and since she got with jay z her music went down hill big time. Went from pop star to awful rap wannabe

The song was amazing when it was from Megan Thee Stallion solely. But adding Beyoncé, even though it’s exciting, her voice does not fit the song and she’s singing off key as well. It is annoying to hear, I would much rather listen to Megan Thee Stallion’s solo version.

Megan did that beyonce using her to stay relevant

iiswhoiis7 - Why why why

Awful song now featuring the most overrated and awful Beyoncé .... why 2020 keeps getting worse

Better than the original!

the most iconic female collaboration ever 🤩

They ate this up! Corona who??

Two Houston legends Queen B and Hot Girl Meg Wigs flew to the moon, taken to the stars

THIS IS WHAT WE CALL A REMIX.

The definition of a remix. Not just an added verse, but three new verses for the feature (Queen Bey), new verses by Meg, Beyoncé harmonising and her background vocals. Houston queens.

@militantedopop: @Hudila995 Please buy a copy of “Savage Remix” (By @Beyonce and @TheeStallion) on Itunes, the profits are to help black…

Please buy a copy of the “Savage Remix” (by @Beyonce and @TheeStallion) on Itunes, the profits are to help blacks r… 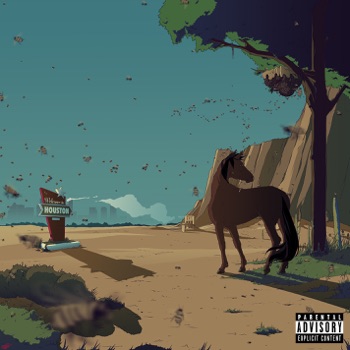