I think I should listen to this music on the day before I get married. I will wear the color brides usually wear. I'm acually in love with a boy he acually proposed in my science class and I said maybe. He acually still looks at me and smiles at me in science class. He get's in trouble a lot but he is the class clown. He is acually a little older then me.

For couples looking for classical music without the 'pomp' of a giant organ, this is it. Great for non-religious or non-church weddings, this gives a traditional feel without the heavy feel.

I was helping my sister find music for her wedding. Neither of us know anything about classical music, and this album helped us immeasurably. The songs are perfect in length and the quality of the playing is superb. Since there are so many beautiful songs, we ended up having trouble choosing which ones to use. Most of them are easily recognizable even for us. Highly recommended.

This album was essential to our wedding planning. We knew we wanted classical music, but we weren't sure which composers or songs we wanted to use--this album made it easy to choose the right music for the processional and recessional, as well as for other points in our ceremony. The music was beautiful and the song lengths were just right for each element of the wedding. Highly recommended.

This is a great album for anyone looking to incorporate classical music into their wedding day. The selection of pieces and the quality of the performances are superb. I used this cd in my wedding planning and would highly recommend it to others!

@CosmonautMarcus The cello part from Pachelbel's canon in D

Some musicians write these counts differently, but this is also a correct way to count “Pachelbel’s Canon in D.”…

@PhillMorriss Oh, thank goodness. I thought it was just me. I was expecting Pachelbel’s Canon in D, but instead...… 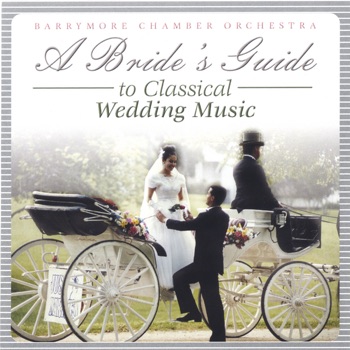