Song is awful lyrics are degrading 👎🏿

Men are mad that women are finally doing what Male rappers have been doing for years and years... iconic song well done guys!

What a vile song!! Enough said!

DIRE $hite!. This crap is one of millions of ''so called'' hits & songs that are causing radio stations in the UK to DUMP the new music being produced & turning to 70s, 80s & 90s, formats. As just happened with loads of local stations closing & going into a national ''Greates Hits'' from the 80's & 90's service. So much garbage is making the charts & music services now.

This song is amazing and anyone who criticises it DOESN‘T get it, and that’s fine, but move on and let these goddesses thrive.

Awful, I could make this.

How come this kind of songs are actually allowed

im in one sinkge pot - Yass!

Good love it fire tho right! Omg love this song it trending on tiktok! Fire!❤️🔥

what is this, lyrics are just disgusting, and no beat at all, why does everyone go mad at this kinda music, come on girls put something better out

Some guy from WGSB - Awful

I haven’t heard anything this terrible in many years. Is this what is regarded as ‘music’ these days? It’s awful

Nothing special, not even average

SO GOOD, LOVE IT, ABSOLUTE BANGER

Cardi B got OWNED by Candace Owens. I cannot take her WAP seriously now 🤣. Joker she is.

The song was awful

0 stars if i could

More like WTF. Not knocking anyone’s right to sing about whatever they want to BUT this is just distasteful. Cringing... in the same way when someone describes something as ‘ moist’. Yuk.

Awful song. This is not music!

Don’t care what you say you know your woman is singing this some.What can I say it’s just the beat.

Really can’t understand how the so called song is so popular the Rap if you can call it that is just awful there no flow and the lyrics are just nonsensical worst song of the year I’ll be surprised if anyone can make a song worse then this.

BradenCarrigan - This is not real music..

Honestly, what the heck has the music industry become? This is why I don’t listen to today’s music, because of horrible songs like this! The lyrics are too s*xual. Why doesn’t anyone listen to real artists anymore? I’ll never understand..

This is why America has trump as their leader

I BELIEVE IN FEMALE SUPREMACY ‼️‼️‼️‼️

Fun fact. The g in Cardi B stands for good music.

can u hear all the misogynistic boys crying? i love it when women. if m*n can make sexualised music so can women

The lyrics are horrible: not something I have heard before or would like to again. However, the production and arrangement is quite minimalistic, which can be interesting at some points. In my opinion, Megan does better than Cardi, she gets the beat very right. Final rating: 3/5

No wonder most of this generation are a load of entitled, uneducated, know it all, disrespectful, moronic snowflakes. They shove their headphones in listening to this nonsense and think they’re better than everyone else.

Just proves music is dead. This song is awful. You’ve got to be brain dead to like it. Shame I can’t give 0 stars.

Such a great song

mwatlin - Love the one star reviews

If I could give it zero stars, I would. She has no talent

But I kinda like the dance, but it stil gross

I don't mind songs that are of a sexaul nature such as Amber's 'Sexaul' and 'The Need to be Naked'. There's sexaul lyrics, then there's being downright disgusting. I can't beleive so many people would want to pay for this lyrical degeneracy. Defintely one of the worst songs of the year.

love being a certified freak !

I literally listen to this everyday

Expected better from these two

In this day and age, you cannot make this stuff up. Gold. Proud. W£€ores in this house!

hijiuySDhiuydfdsojjsdfclkk - Why bother making this??

There are no songs by cardi b that are good. Most are ok. But this? 2020 was just getting better and my 2020 has died from this. I from now on hare cardi b and who was featured. Too s*xual and rude. Cardi b is just racist so just go away. Hate it and always will. Nothing to buy here cause there’s nothing to like. But bye Cardi B and who was featured

Is a catchy song, but the lyrics are just gross

I love this song so much it makes me wanna strip at my job and the people that’s disliking it so much are really going in saying that it is a bad representation of women?? Excuse me?? I’m tired of people labelling us women as genuine and all the other positive stuff, as much as I agree you do not tell me or any other women HOW to run their lives if we choose to be as wild as people DONT want us to represent women so be it.💅🏽

The most filthy putrid lyrics I have ever heard in a song. pure filth! I would give it 0 stars if I could

Song is fine, no new ground broken here, nothing original or different, I still like Cardi though

This is just total drivel! This “woman” should have her mouth sewn together so she never utters another word. How a thing like this got recorded and released is beyond me. This shows how messed up the music industry really is. Take it down and dispose of it.

I love this single

a slow and overly provocative song about grown women enjoying themselves. what? this song has no flow at all. it is utter trash, clearly rushed to compete with other great rap songs. sorry cardi, but this just ain’t it.

I really thought this year couldn’t get worse. There is people legit talking about s**ual stuff, I’m not only talking about Cardi but male rappers in general too. Honestly, why can’t we make something better than this? We are all going to rot.

moonlightbae007 - GAVE EVERYTHING THEY GOT! 💦

WAP is a cultural reset especially with the dance challenges. It’s a good song. Seriously, yall be hating on this song because of how sexual it is but when men do it yall be hyping it up and be cheering on it. Sexist much?? 🥴

I'm no curmudgeon when it comes to songs containing graphic, sexual lyrics such as Madonna's "Justify My Love", Prince's "Sexy M.F", Donna Summer's "Love To Love You Baby" or Bloodhound Gang's "The Bad Touch" for a more humourous example. There's being sensual and honest, then there's being cheap and pornographic (the category of which this song falls into). It perplexes me that so many people were suckered in by this decadent, musical degeneracy. WORST song of 2020!!!

Yuck This is disgusting, so inappropriate and really just down right WrONg. I don’t mind songs that have that sort of nature in them, but no this far Catchy, but gross (especially the cream part 🤢) From klepto._.kitty_boi

2020 just got worse. No display of talent anywhere here so just move along - nothing to see or buy

I looooove this song ❤️🤗

Listen to WAP feat. Megan Thee Stallion by Cardi B on #SoundCloud

Listen to WAP feat. Megan Thee Stallion by Cardi B on #SoundCloud 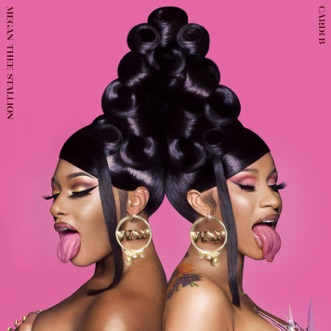