Artist: Electronic
Album: Get the Message - The Best...
Country: USA

REVIEWERS NOTES WHILE ON THE 720 🚎 BUS:—“MESSAGE”WAS ONE OF THE FIRST EXAMPLES OF WHAT WOULD LATER BECOME “HOUSE MUSIC.” —“MESSAGE”MAY HAVE SEALED THE DEATH KNELL FOR TRAD.TOP 40 📻 RADIO,AS IT SEEMED TO MARK THE WAY TOWARD VIRAL. —THE PRODUCTION VALUES FOR”M”AS WELL AS IT’S CONTENT—MULTI SEXUAL-ISM- WERE AT LEAST 10 YEARS AHEAD OF IT’S TIME. —THE”MESSAGE-GOTTEN”WAS/IS..........FOREVER NOW! M.NOEL AKA;”REVOLUTION ROCK”

Electronic has some of the lead singers from Pet Shop Boys, and New Order. Electronic is really just a duo band. Duo bands are just amazing! I wonder how two guys in a duo band play a bunch of instruments all together at once? If you love Pet Shop Boys and New Order like I do, you'll love this album. This album has good mix of Pop, Electronic, and Rock! This is great work!

I couldn't find this comp anywhere until I was in an Irish record store and there it was. Definately a great album. I have since bought their cds and I recommend this for a starter. The remastering sounds great, you'll be suprised that you already probably know some of the songs.

Amedeo29 - You won't be disappointed with the track "Disappointed"

Its excellent. Too bad Reality, Tighten Up, Patience of a Saint, and Gangster aren't here, and Forbidden City opens the album (so boring)

kwillie - If possible, start with the first album, self titled,

released in '91. Great, classic and relevant. Two British musical geniuses (not 3 - sorry Neil) at the top of their creativity and talent. Influential. 10 stars out of 5. Then don't expect much from anything afterward, and maybe you'll find something likeable, ala carte. I play 2 or 3 cuts when I dj and people flock up to the booth. This compilation has some of the songs, but not all.

get the one and only Electronic album that matters: their debut "Electronic". It's the only album that reflects their name in true form. All the albums that followed this sound like New Order and The Smiths without Morrisey.

Their first album blew me away. Good to see a rehash hear for no other reason than to bring back some good memories

Great songs and great singers! Need anything else? I love New order and Pet Shop Boys so I loved this also. I didnt buy the entire Cd but I am sure I will.

denn333 - Frankly a remix album would have been more interesting.

LOVED these guys in the 80s...Get The Message is one of my all-time favorite songs..though I would have preferred the full-length version here...so check out their other stuff...Their songs remain fresh and vibrant today...very melodic with a great beat, and wonderful musicality.

The Bitter Herb - Disappointed (not the track)

It's great to see these songs remastered, but I have to agree with another reviewer about the exclusion of "Tighten Up". That's the only problem with collections like these; you'll always get a few glaring omissions while others that are included probably shouldn't be. For those of you just getting into these guys, I highly recommend you start with their debut album released in 1991. To me, it was always the logical follow up to New Order's 'Technique' album, and it's better than any New Order album made since then. Quite honestly, I'm not buying this slick and remastered new package, I'm simply listening to the three albums in their entirety. How about remastering the albums proper???

The songs sound Great. They arent the best, But I must add they are great. They are a little slow, a lot of 'em, But Just wonderful!

I've loved Electronic for almost 15years. This album has a great range of their best work.

Ing - Excellent collection, as an introduction...

For the collector of all that is New Order, this collection offers little, unless you missed out on some of the b-sides, you get a couple here: All That I Need" and "Imitation of Life." Unfortunately, these and many other tracks are edited/single versions which makes for a letdown, but for those who did not buy any of the Electronic cds, this is a great introduction. Next, hunt down "Twisted Tenderness" one of the BEST New Order related discs ever. Of course, "Electronic" and "Raise The Pressure" are also worthy of owning, and in that order. If you love New Order, and Johnny Marr, you'll love this cd!

San Antonio Aggie - A good surprise to an exhausting day

Thanks for the album. Looking forward to listening on long commutes from San Antonio to Austin.

Consisting of integral members of three of Great Britain's greatest bands, Bernard Sumner (Joy Division and New Order) and Johnny Marr (The Smiths), Electronic burst onto the scene in 1989. Their debut single, "Getting Away With It" (with Pet Shop Boys' Neil Tennant) was a smash in the UK and a respectable hit in the US. "Get the Message" collects all of Electronic's greatest singles from their three albums, "Electronic," "Raise the Pressure," and "Twisted Tenderness." All of the tracks are remastered. Single versions of "Get the Message,""Vivid, and "Late at Night" are included, as is the track "Disappointed" (also with Neil Tennant) which was previously available on the "Cool World" soundtrack, and "Imitation of Life," the B-side of "Forbidden City." Standout tracks include "Vivid," "Second Nature," "Forbidden City," and "Twisted Tenderness. Sadly missing are "Patience of a Saint" and "Dark Angel." A must own for New Order and Pet Shop Boys fans.

Not much to say other than any Greatest Hits by Electronic can't be that great if it doesn't include "Tighten Up".

Electronic surprised everyone when the unlikely pairing of New Order frontman Bernard Sumner and ex Smiths guitarist Johnny Marr emerged in the early 90s with a very Pet Shop Boys sounding pop hit 'Getting Away With It'. (in fact included guest co-vocals by Pet Shop Boys Neal Tennant) Most of Electronic's recordings really reflect the Madchester glory years of the 90s into the shoe gazed millennium. All the while defining and redefining thier own craft respectively. Electronic is a band most record collectors would regret missing. There's so much fine crafted wealth of collaborative experience in these recordings. Superb fruits that still keenly channel from the pure blood of New Order and The Smiths. This collection is really great if you missed out on past releases. However, the recordings are so good to listen to you'll end up seeking their catalogue no doubt. Absolute superb songs.

any cd by Electronic calling itself a BEST OF, without the track IDIOT COUNTRY, is, well, idiotic.

How come the track "Patience of a Saint" isn't on here ? was that a single ? Great album anyway, but it is one of the best vocal tracks Neil Tennant has ever done.

Every song takes you to a new place and the Electronic sound wasnt heard by main stream in the 90s and beyond - trust me, listen to what they have in their music, will give you a new perspective!

I've only gotten a few tracks off this album (so far) but I've followed this group for ages. I just wanted to say that "Imitation of Life" is one of Bernard's best ever tracks, both lyrically and musically, simply outstanding track: what I would give for a few 12' remixes of just that track. There is some hard to find material here and I'm glad I stumbled across it. Please Apple... track down more Electronic singles, for example "Second to None" is one the best tracks not on this entire store (b-side). 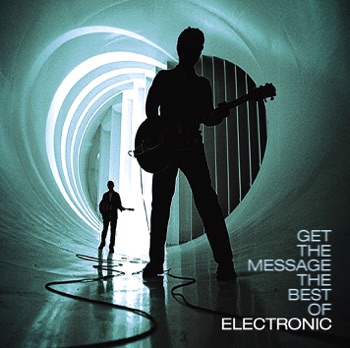