With their first "demo" album (Youth Rebellion), Tribal Seeds arrived on the music scene with great style, strong lyrics, and a clear message... for the YOUTH. With their self titled and official full length album, Tribal Seeds reaffirms their style and adds to it, a strong production that completely revamps the seven re-recorded tracks and introduces eight new tracks for a peek into where the band seems to be heading. Fifteen hard hitting tracks. Well worth adding to your Reggae/Rock collection.

Found this band from listening to Pandora. I love them, such a chill sound.

Like so much reggae music, tribal seeds the best,,,

All the songs sound too similar. Boring.

This album has to be one of my favorite reggae albums of all time. For me its right up there with "Youth" by Matisyahu....id recommend this album to anyone who likes reggae....Jah bless mahn

put ashes of babylon in jah ears... I And I UNITE !

I never buy albums and this one i did , light up and enjoy

ryanctho87 - Great down to earth band

I talked to a few of these cats at the Jefferson Theater in Charlottesville, VA they are pretty much what musicians should strive to be, humble and caring not just for the music but for the people as well thats what its all about! Oh and by the way the drummer is awesome i work at a studio here in Charlottesville and let me tell you that high-hat work is no joke you got it man. Rock on, Ryan

I heard these guys the first time on Pandora Radio on my Pepper station. I heard Dawn of Time and loved them. Someone below is right, the tracks are similar but over time they grow on you individually. You'll catch yourself with random lyrics in your head. If you're a first timer and interested, I'd suggest trying the other album first, just so you don't feel disappointed. This album is a slightly acquired taste - to truly appreciate it.

I really love the sound of the band, but theres a large lack of variety between songs and it all ends up blending together. If they could figure out a way to keep their feel but diversify their sound in their next release, I'm sure it would be fantastic

gkynard - play from the beginning to the end without skipping..... its one of those

this album is so great i cant even describe the feelings that i get from it i LOVE this album. WARNING: it does not sound the same without a real speaker system (try burning it to a cd and playing it in your car.)

These guys will be on the cover of Rolling Stone soon. I have seen them live in OC and the crowed wouldnt let them leave the stage when the headliner came on. Never saw that before. See them now before they explode on to the main stream. BEST REGGAE BAND ALIVE. Go T Ray ( keep the kits coming )

Twicebaby - How did I not know?

Are you kidding me 5 stars.

Cannot go wrong with tribal seeds.i found them and got like 2 songs drove around for a couple days and ended up buying more and more.Good vibes

I'm a HUGE fan of rebelution and I went to go them at the catalsyt on halloween. Tribal Seeds opened for them and they put on an amazing show! I really love them, so i just bought there CD's. Love the singers voice, true reggea.(:

Does not get any more roots than this bra! Tribal Seeds are one of the best roots bands out there right now.

I saw these guys with Rebelution and Iration in Boulder. They were the opener and I thought they were the best band there that night. They truly blew me away. The live show was incredible. This album just brings me back to that night. I love Dawn of Time and Dark Angel the most. Overall the album is very good. I personally like their second release better. The Harvest Baby.

This is a great album, not one bad song on the whole cd. I can't wait until there new cd comes out. How arer the vocals annoying?

THE ALBUM HAS POWERFUL LYRICS & GOOD ViBES. TRiBAL SEEDS iS ONE OF MY NEW FAVORiTE GROUPS TO JAM TO. I RECOMEND THiS ALBUM TO CULTURED PEOPLE WHO LOVE THOSE GOOD ViBES! TRUE PEACE & LOVE -=EMMERS=-

This album is great for those that like bob marley. Favorite songs: Dawn of time, Beatiful mysterious, Sun N'water, & Dark Angel. Buy it!!

Youth Rebellion stands out, great as an opening track. The vocals remind me of a young Stephen Marley.

is crazy chill. and their new cd has lots of catchy reggae sounds that you can't help but dance to !

Support Local music and Support Real Music. buy this CD. It rocks. i have been a Tribal Seeds fan since 2004. Sending a positive message through music and good vibrations, there is no reason you shouldnt buy it.

Good Reggae. Hands Down. If you like SOJA, Rebelution, Iration, the B Foundation, this album will definitely expand your current view of reggae.

Stayin True - They kill'ed it once again!

San Diego reggae killin it again and again. These guys are rootz to tha bone and are even better live. Some old and new songs and Island Girl is tha cut. A must buy for a true fan of good music.

these guys have a nice sound but the vocals get a little annoying at times.

Girl i want to go on love island!!!! Cute boys everywhere jus being stupid boys i have crushes onnnnn allll of them…

@diannahuhn: @ROYALMRBADNEWS Perhaps she is the worst of all. Video of HRC and Huma on Epstein island show them raping, torturing, and d…

Missing the beach as much as i miss this girl right beside me.☀️🌊🌴 @ Malapascua Island 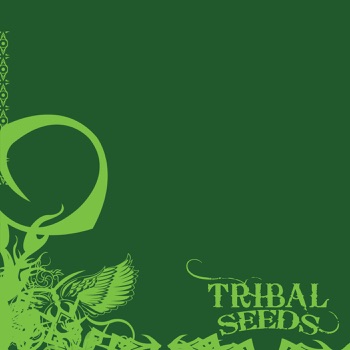