Into the Mouth of Hell We March by Trivium MP3 Info

Trivium - Into the Mouth of Hell We March MP3 Comments & Reviews

Soooo much better then the last 5 cd of mettalica.... Trivium is my new favorite group !

!Great album must buy! the whole album is great has ear bustin riffs and kickass solos with crazy vocals and how can you go wrong with Matt Heafy after all the person who got Matt into Metal was James Hetfield and he's a songwriting genius and i think some may have got showered on matt. Not really any songs that stand out cause the whole album is great but if you are into screamo check out " Down from the sky" but if your more into Metallica type stuff Checkout "Upon the Shores" in my opinion thats triviums "Master of puppets"/ "Fade to black" or .... well you get the point

NateB - Trivium at their best

The musicianship on this album is amazing! Trivium have put together a very well rounded album that exceeds any of their previous efforts, theres nothing that bad to say about it besides that at times some of the songs sound similar, and its not as heavy as Ascendancy..but other than that in my own opinion they really show their talent and creativity in this album.

KKosTr - Nothing to Really Say

The album describes itself. Shogun mixes the power metal essence from The Crusade with the metalcore extract from Ascendancy. Matt's voice has changed a little since Ascendancy but his screaming on the album is still hard and fits well. The solos still are blistering and provide perfect air guitar music. Travis has a beautiful affinity for double kick that makes the legs move while Paolo might be abit obscure because of his instrument adds new life to the bass. Overall it is an awesome album that has many highs and when it hits lows, they aren't that low.

This album has all the previous sucksess put into it and made original. It should be known that now that have a sound they should stick with because it is one of the most heavy album I've ever heard. All in all buy this because it will plow you off your feet.

i like all the songs on this album and the iron maiden cover was really good and does maiden justice.

Whoever says that they are a rip off Metallica needs to take a good look at who has the real talent!!

this is by far the best trivium album that i've heard. kirisute gomen is my all-time-fave and that part in Shogun where it just breaks into several minutes of slow harmonic melody is just perfect! Give this album a listen, and for a band with such young members, they've done great :)

John Doe1 - Their Best Yet

I love this album, and I'd have to say that it is Trivium's tightest, most ambitious work yet (i.e. the 11+ minute title track). There is not a "bad" song on the whole album, but my personal favourites are "Torn Between Scylla and Charybdis" and "Down From The Sky". I also was pleasantly surprised at how effective their Iron Maiden cover was. Any true metal fan should check this out.

franckleboy - You gotta love this album!

Shogun is so well written, played and produced that you HAVE to love this, I don't know anywone in my friends who didn't enjoyed this album. All the songs are worth at least a listen!

Into the mouth of hell we march. Sunday underway #resolute

Trivium // Into The Mouth of Hell We March

into the mouth of hell we march

About Into the Mouth of Hell We March [Trivium] MP3 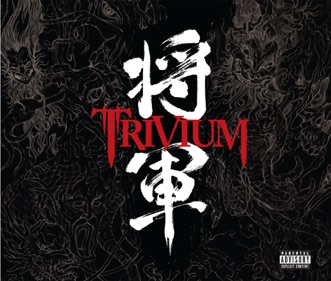 Into the Mouth of Hell We March MP3 Credits

Into the Mouth of Hell We March Similar MP3