The Problem here is that this is Justin and them.... just like Destiny's Child was just Beyoncé and them.

Like 'em or not, these dudes have some real talent. You don't know what you got (especially with *NSYNC) until it's gone.

Brings back so many great memories

My favorite one is probably "Tearin' Up My Heart" because I dance to this song in hip hop!

These never get old - memories from elementary

This brings back memories from Elementary the good old days

This album is just AWESOME! Some of my all time favorites in one album!!

Miss them love this cd

This album bought back alot of memories for me. Still love *NSYNC to this day

Even though I was born when they started to become famous, I still loved them when I was like 2-3. I'm 13 now and I still listen to them it's so catchy and addicting I wish they could reunite but it wouldn't be the same. JC all the way!!!

Jennifer Beltran - All my faves in one

Bought this when the reunion happen. This did bring a lot of memories of my childhood

After that reunion on the VMA's, can't stop listening to this. So catchy & brings back so many memories. Love it forever.

They Still The Best .. Who Saw The VMA's Wow Just WOW!!

Love them now! Loved them back then! And no one can honestly say that BSB is/was better. I only know one of their band members names. That has to tell you something right there. N*Sync was the whole package! And I hope they do go on tour because I will be there!

SKLemke - Great on the VMAs!

So great to see them on the VMAs to be there for Justin for his Michael Jackson award! Love their choreography and singing!

Please come back and a reunion tour!!

I'd choose their songs over 1D or any other boy group any day!! I loved their performance on the vma's!!!

Thanks for taking me back MtV! Awesome CD! :)

JustJace2u - They weren't the first

Yes, they are a boy band. Yes, they are good. HOWEVER, unlike NKOTB who really did start the whole boy band trend, they will never be able to come back full force and better than ever after being away from the music scene for 20 years like NKOTB has been able to do.

I love these guys so much!!

Ambbean - They were a boy band!

This is a boy band!! *NSync, Backstreet Boys, 98 Degrees, LFO, BBMac. THOSE were boy bands, not this One Direction crap.

I miss *Nsync so much. I saw them live in Concert Twice back in 1999 and 2001 I think that's the years I saw them. Come back soon just like the Backstreet Boys and the New Kids On The Block did. :-)

Twitterpated123 - If i didn't already have most of these songs individually

I would be all over this! Should hold you off until the reunion. :)

I LOVE NSYNC!!! Out of all the boybands out there in the world NSYNC is the best!!! I have to admint they are better then bsb and the new boybands that are out today!!!

KaraBoo69 - Best boy and ever.

I listen to this album CONSTANTLY. I am still obsessed years later.

This takes me back in the day when they were doing their thing and still rocking out. Most of these songs are great. This would be a good buy for a trip back to childhood of most adults now in their 20s.

I am a straight man and I can say that I like this album. These guys are the best boy band of all time.

So glad I found this! Brings back so many memories! N*sync for life! Lol:) great cd!

Can someone please start a campaign for a reunion tour already???!!!!!

I was never a big fan of nsync's slow songs (cause I'm a guy) but gone is pretty good and all of the other songs are worth a listen. Especially bye bye bye

I had a bunch of these songs on my hitclips ♥ oh, the good old days!

So, just listening to these songs reminded me of how when I was in elementary school, everyone was like "Oh my gosh I love *NSYNC!" or "I love Backstreet Boys!" Well, I was one of those who loved both and they have become sort of my guilty pleasure now that I am older. It's nice to go back and reflect on a time when, even if they are considered terrible songs today, these songs were the best of the them all! It really brings you back in time and back to old memories!

When I hear music like this and close my eyes and I am a tween back in the 90s. Good times man. So glad music like this overshadows the crap that is out today. So glad I am a 90s alumni. It's the best group to be a part of lol.

They were great band. Too bad Justin timberlake left them you are still awsome guys

I used have the biggest obssesion with justin timberlake and jc chasez. They were my favorite of the whole group i even had the doll from their album no strings attached, and i totally still love and remember all these songs like from the bak of my head. THIS BRINGS BACK SO MANY MEMORIES!!!

I remember sitting in my carseat dancing to "Pop!" I loved and still love their music. I listen to it every once in a while, to relive those moments. Their videos rock. Tearin' up my heart is another fave. Nsync is amazing!

abbadabbadoobers - Bringin back the memories

Awesome! A definite guilty pleasure. Some innocent pop to put a smile on your face :-)

The songs take me back to high school when they were the huge thing then and I was in love with them all. I saw them in concert several times because of the songs.

I still remember me singing these songs from wayy back in the day! I swear I was crazy about them ! saw them in concert when I was only 8!! Gosh I miss you guys ! You guys should get together and do a concert! Please!!??!!

because I am a paramore-fanatic…I found out that one of Hayley's influences AND one of her fav bands were *NSYNC. My sis and I were like "Dude, they're the ones that wrote that Bye, Bye, Bye song! No Hayley, No! How can you go to the darkside" We used to adore that song but then it got overplayed on our radio station so we got tired of it. . . But then I found out all those cool songs that I thought were the BStreet boys were *NSYNC and I found I love them. If u like *NSYNC then you will LOVe NLT They are MY *NSYNC

@bimboIover: people who hate pop music and people who have blue eyes are the same in the sense that they always have to let everyone kno…

@homesickemily: girls and gays only!! @nextlevelmatt, @okayyyyashley, and i finally made our podcast about pop girls and our mental illn…

Use this code for a chance to win a Emerald Chrome Batman Funko Pop: 52V56xUZZ7. Use the code to enter the Drop on…

@sighofreIief: “Who’s the Queen Of Pop?”

@Johnny_Joey: Grab a Mountain Dew, a freeze pop or Some popcorn and a spot on the couch! It’s time!

@SpongeX14 yeah its def not emo,, its just pop imo

@kovox The return of your mild addiction. After today I'm cutting off as much soda/pop as possible. Kidney stones suck. 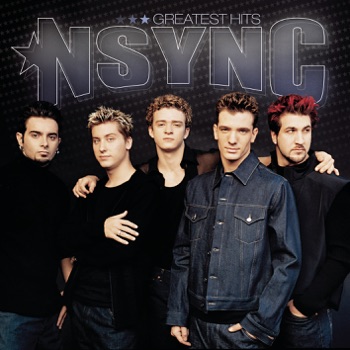