"Right Round (feat. Ke$ha)" is the lead in single by Flo Rida for his sophomore album, R.O.O.T.S.. It features up and coming pop artist, Ke$ha, who was not present in the music video for the song. The song samples Dead or Alive's "You Spin Me Round (Like a Record)." The song jumped to number one on the Billboard Hot 100 after selling over 636,000 copies on its release date in the U.S., giving it the records of most sold song in one week and highest selling debut. The previous record for most sold song in one week was actually held by Flo Rida again with his hit song "Low (feat. T-Pain)," and the highest selling debut record previously was held by Eminem's "Crack a Bottle (feat. Dr. Dre and 50 Cent)." Ironically, "Crack a Bottle" only held the record for one week, when "Right Round" broke it just one week prior to "Crack a Bottle." The song also topped the charts in many other countries, including Australia, Canada, Ireland, and the U.K. Download Flo Rida - Right Round (feat. Ke$ha) MP3 song file at 320kbps audio quality. Right Round (feat. Ke$ha) MP3 file uploaded on January 27th, 2009.

Download and Listen Right Round (feat. Ke$ha) by Flo Rida

When I listen to the song my whole body explodes!

This guy makes great music that makes people dance and have fun and sing to, and people hate him, which is pointless. Admit it, when GDFR plays u dance to it. Everyone jumps when he say it's goin' down 4 real

Why do all of you idiots out there hate Flo Rida so bad! You are all just hatin. You guys are jealous of his great talents! Cdude (me) even says that so all of you idiots stop hatin and start liking. At least Flo Rida is trying. And by the way, he's trying and doing a good job! I mean, you guys need to quit being brats about this man!

I just realised, kesha is the voice on “Touch me"

I don't understand why some people can't have fun while listening to flow rida's music.It doesn't matter if it's about women and money all it needs is a rythem and words to go with it.I listen to his music every day , shure he could have done better on "I can't believe it" but look at all the other songs he wrote "good feeling,whistle,let it roll,who dat girl,21,and once in lifetime".For all you haters out there here's what I gotta say f'''k you

Idk why people don't like this album. It's very catchy, keep it up!

You be the cool dude

It's a great album with "Right Round." But "Mind On My Money" sounds exactly like "Hall Of Fame" with different lyrics

okay yeah this isnt flo ridas best at all, but its not awful. yes right round is taken from the version in the 80s, but ive heard that one too and flo ridas version is better

The dead or alive version is better then this rip off copy of the song. They came out way before this junk came out and i personally like the old version better.

Awesome. Flo Rida is the best.

I don't get it how people expect to dig into this music. All this music is just repetitive beats and simple lyrics about women, etc. Don't waste your money, please.

To be honest I only baught two songs cuz they had Ke$ha in em.

lukeskywalker645xx - Ewww what the heck is this?!

Flo Rida is just plain terrible!! Right Round is just a rip off of a song from the 80's! I'm going to listen to some Slipknot instead of this garbage!!

Finally a great album that i can really enjoy! Since hearing this stunning album i am a devoted fan and will buy every song!

This should be in pop genre !

Flo rida is the best singer ever. If you don't buy the album buy finally here.

Buy this album. If not at least buy Jump, Right Round and Sugar.

All his songs sound the same. I don't see why he's so rich and popular. Buying this album is like getting 16 of one of his singles.

I love this album. All the songs are good except Shone but that's pretty much it with songs I don't like. But this album I think is better than his other albums but that's my opinion.

Come on, you brainless drones. If you are listening to this music to dance, then purchase some classic Chicago house music. Now that's music with some soul! Peace.

I'm not into rap. I don't like many of the disgusting, vulgar rappers who center themselves around making money and girls. But I do appreciate good rappers who rap fast, with good rhymes, and can take a slap to the face when it comes to making a slump album. And Flo Rida is a good rapper. BUT THE MUSIC BEHIND HIM. OH MY GOD. It literally makes me want to slap myself, not because its all that bad, but because its so repetitive. *Sigh* What happened to good music?

cp3spieth - Depends in how you look at it

I love this album but I hope his new album will be great just like this.

Sure a few soun the same but they are catchy... You pay attention to the song not singer so dont critizize flo rida

It Coll right round I have the ringtone:)

Right Round is Featuring Ke$ha. Flo Rida Made Ke$ha Famous. :)

roots is s a great song it true 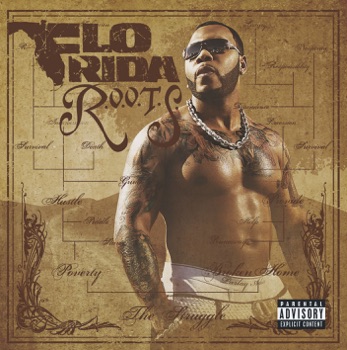