Some Nights by Fun. MP3 Info

I didn’t know fun. before. But I love this album and the older one!!!

I bought a song off this album and once it was done downloading I tried to play it and it just skips to the next song, I love the band but I wish i could listen to the music

I honestly love this album more than I love myself. lots of people are saying how they butchered it with autotune, but I think they used it like it was meant to be used; for effect. the lyrics o the songs are perfect and meaningful, and the songs themselves sound great. but the album now

Love the band. Love the album

Unique sound! Incredible talent! The name Fun is so appropriate ....so fun to listen to:) powerful passion is contagious! Very happy with this purchase!

Some nights is my most favorite album by Fun. I like three of their songs from this album

The song some nights is worth paying for! It's EPICCCCCCC!

Soberjon - Fun had some nights for me

The hits are hits. The itunes session would have been a better buy. No auto-tune. No computer filtering and correcting. Every song here is heavily, heavily, over produced and sounds like a chocolate bar commercial. So much potential. Could have been a fantastic album but sadly isn't. "Stars"... everything that could go wrong did. This song highlights what went wrong with the album. Don't believe me, have a listen.

Love this band and enjoy all of their songs.

You have no idea how big of a fun. fan I am. When this album was released, I heard Some Nights, the album sounded like it was going to be so good. Some Nights, may I say is such a brilliant piece. But the rest of the album just sucked. Aim and Ignite was such a different, actually "fun" album as the name of the band promises, but Some Nights (album) was just a bunch of crappy sound and voice effects instead of the big bands and vocal genius that is Nate Ruess. Autotune... why?

I loveeeee this album, my only issue is that there is soo much swearing, and no clean version available. :(

Out on the town is perfection

I just toocooltowrite a review - It's pretty

Owensjr_ - Fun is the best

This is an awesome album! I love it. I listen to it everyday and can’t stop. Nate Ruess is talented and awesome his band mates are so creative and its sick. I really like the bonus song. (Its worth its money) I love Fun.!

Every single song is arranged beautifully and there's amazing songwriting on Nate's part. Jack and Andrew are incredible musicians, and with Nate's outstanding vocals, they make a fantastic album. I love the transition from Why Am I The One to All Alone

I think every song in this album was awesome besides "Stars" which was just O.K.

I really love this ban and its sound. It is rally nice to see how they can blend so much genres and still make pop sounding. I also reallly love the emotions that are let out of their music. Totally worth every penny

I love Fun. they are amazing, their songs r just soo easy to listen to! They r amazing at harmonising and their voices r so original! LOVE THEM!

Hamelin 28 - One of my favourite songs ever

I haven't heard the whole album. But I suggest you by.... SOME NIGHTS

This album is honestly one of the best albums I've ever listened to. Every song is fantastic. I just can't get enough of it!

Really enjoy their music. Caught them on SNL and was impressed. Killer combination of the real heartfelt voice of lead singer Nate Reuss and an almost marital POP driving beat on Carry On, We are Young and Some Nights.

Love this band. They've did it again

To all my fellow alternative/ indie pop/ whatever you like to call it, lovers this album is amazing! I particularly like the song "Carry On". If you like this then I reccomend Imagine Dragons, Night Visions :)

If they make more Catchy albums like this they will be the best one day fun is so awesome.

im ashamed to say i only have We are Young and Some Nights, but some nights is my fave song. Fun is my fave band and i love the alternative music its really unique

calicoorange - WOW! Worth buying the ENTIRE CD for sure

This CD is amazing...for listening in the car, house, gym...all of the above... I can't remember the last time I bought a CD and liked every single song... their sound is so unique.. it reminds me a bit of Queen maybe? But it is so different as well.. they are SO talented... can't wait to hear more music from this group. I hope you enjoy it as much as me :)

Their songs can relate to anyone, and the lyrics and music are perfectly written. The world has been waiting for a band like fun.. Nate is perfect, Jack is perfect and Andrew is perfect and together they make a fun. Perfection That is all <33 Biggest fan in the universe Love, Brooklyn, ON, Canada

An amazing album with great songs along the classics you have heard.

How is Some Nights Explict?

I bought this album for We Are Young, as did everyone else. Listened to it a few times... kept having to turn the volume and the bass down because I thought I had it up too loud so it was clipping, but no, the bass is so overdriven that even on songs it should be nice and clear, it sounds distorted on all of my different systems. Headphones, speakers, iTunes, Winamp, doesn't seem to matter. Hopefully a remaster comes out sooner than later that cleans this album up - for now, it's been taken out of my rotation.

This is amazing! Their my favourite band, and this album is totally awesome! It's been on replay since I got it! Buy the whole album, It's worth every dime!

I don't listen to this Some Nights, I listen to it every night! They are worthy to be called one of my favorite bands...and I'm freaking hard to impress!

How refreshing to hear a band that is original and have intelligent things to say! I am so tired of the lameness and manufactured sounds of Bieber, Minaj, Psy, Big Time Rush, Hannah Montana, Willow etc., the list of production line no talents is endless!!! Good for Fun! More bands like this please!! PS Also thank God for Green Day as well!

I must admit I didn't like We Are Young when I first heard it but it grew on me after hearing it on the radio so much then I went online to check out fun.'s other music and loved Some Nights and Carry On. Quite trepiditiously I bought the album but it's music for all ages. I don't regret it and I must say it's one of my absolute favorites and on constant replay. Usually I skip songs on albums but not this one! Sure there's autotune on Some Nights as well as Stars as most people have complained about on here but it's not to enhance Nate Ruess's excellent vocals it's used as effect. Favorite songs are Some Nights, We Are Young, Carry On, Stars, All Alone, One Foot, Why Am I the One but the whole album is excellent. They deserved their Grammys. You won't regret buying it because I don't!

Hyper_Musician - Great, not for grad

Great album. My favorite song was "some nights" until it became my grad song -.- but still good!

@Gellyfsh Ah okay. As you say, you don't know until it happens. Woman next door has 24 hrs carers too. Some nights…

@GameShowGumbo: Going to be streaming more Zelda 1 Rando over at and enjoy some gaming before the Money In The B…

@snot: Some nights you dance with. Tears in yo eyes

@itsraechill @Valkyrae so many ppl miss this group too, Leslie and randy were talking about missing the cube gang v…

@ComesAnnemarie: Glorious…Some days our skies look SO HUGE here in #Arizona! Last night was one of those nights. #Monsoon rolled in & mo…

@rosebudjoy2 Hehe thanks. Always up for tips. This is actually a invite only speakeasy open 2 nights/wk. Was catchi…

@ComesAnnemarie: Glorious…Some days our skies look SO HUGE here in #Arizona! Last night was one of those nights. #Monsoon rolled in & mo…

@WPRDnews: Our first free Youth Fishing date it just around the corner! Mark your calendars for July 12th for some free fun-filled fishi…

About Some Nights [Fun.] MP3

You can find here mp3 music file from artist Fun., album Some Nights, song Some Nights, released date 21 February 2012. Listening and fast downloading online to Some Nights - Fun. mp3 preview is free and does not require registration. 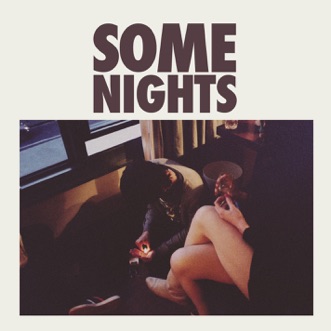