Artist: The Prodigy
Album: The Fat of the Land
Country: USA

Thankful to grow up with this music

One of the best albums with multiple hits check it out

Just remembered this album from childhood. So awesome and perfect.

Quasiguy - The Prodigy at its peak.

When I first heard this album, I imagined it was like how people felt when they heard rock n' roll for the first time. The energy, originality and sonic power of it was like nothing I'd heard before. I was in my 30's at the time, but driving around, playing it in my car (very loudly) made me feel like a kid again. To me, it was a game changer. A sonic masterpiece.

This album turns 19 today and it is seriously the best music you will ever listen too.

I play ⚽️ and I listen to "Firestarter" before every game to get pumped up for Utica College and I play for a traveling league as well. This song is so dope it feels like acid is coming out of my ears, that's how good it is! FORZA ITALY!! 🇮🇹🤘🏻

Romy romo - Are you deaf?

This is seriously one of the best electronic albums ever! Funker Vogts cover of Narayan beats the original here but these tracks are on my running playlist. Still awesome almost two decades later!

Listening to music has always been a huge passion for me and aggressive music always gets me going. This album delivers that aggressive sound while being electronic and making every song sound very different. If you like electronic, punk, metal, or hip hop buy this album.

When this first came out I was in high school. Played it constantly from beginning to end. When I Smoked, did cid and x, I always had this banging. Another classic is their "Music for the Jilted Generation". Very trippy. 👌🏼👍🏼

educationbuilding07 - VIVa! Fat of the Land

When this first came out I hated it...but after a while it grew on me. I love this album and not only fits all music genres but stands the test of time...

Some real good hard techno... Bump this whole CD with some hard bass I'm tellin you

I remember picking this album up at a K-Mart, in the Summer of 1997. I was hooked on this and Rammstein's "Sehnsucht"; two of my favorite albums from the 90's. I remember always playing this album when playing various Nintendo 64 games, like Super Mario 64, Goldeneye, Mario Kart 64, and Cruisn' USA. Today, whenever I play this album, it takes me back to that time when things were innocent and just better, in my opinion. The Fat of the Land, is simply an album you must listen to before you die and I still have my album from almost 18 years ago (how time flies...). This gets a perfect 10/10.

Recently just got the album after almost 18 years and it's still the best Electronic album and only one I can listen to from beginning to end. Plus it's a great soundtrack to any gym session.

xveronicax - The Fat of the Land...

...is without a doubt the most awesome album ever.

The album is amazing, I am a 90's kid, it took a band like this to push electronics helping to evolve into daft punk, musically. We had New Order bring the rave and club atmosphere, Massive Attack, to now Swedish House Mafia.

Epic since I was a youngin. Smack!

This is the best Prodigy album out. It's awesome through a system, or as a background playing a racing game on your console. Lol

I love Prodigy. This album is one of the best in my opinion.

The louder you play this, the better. Never got into electronic music much, but when my cousin introduced me to this album and Invaders Must die, well I became a sucker for big beat.

Every prodigy album is the most amazing thing i have ever listened to. I would seriously recomend all of them, if you like this one then you will love the rest because they only get better.

The Prodigy, is the best electronica band ever

I use to work security at a lot of raves when i was younger and I always thought Prodigy wasn't going to their full potential. Very talented and awesome music but I think they kept it like that to reach the fame and to fit into the local radio AirPlay. I used to have a Punk/Oi radio show but I would still slip in Prodigy and others to mix it up. I also used to loop Toni Basil's Mickey In Spanish when callers were being jerks.

I can't believe this Prodigy album has a mere 81 likes! It deserves way more. Every single song is amazing! This album was one of the best in my collection during my teens and it still is.

The only CD I ever threw out my car window into another car window because I needed someone else to experience it too.

@yaboymal79: On some real shit tho,the only one in my opinion hanging wit @DJ_DNICE on that dj shit on the gram is the funky man @LordFi…

in times like this its really hard for some of us to keep it pushing. i love routine, without it things are slow an…

Shit about to get funky

No ammo, just running away from shit and finding 3 funky ass bullets here and there. Zombies popping out of nowhere all the time.

I’m watching this Lil Wayne interview & he keeps saying “funky”. It’s funny cuz I started saying that shit back in…

I Be original shit. Old shit stinks, but that new shit is goddamn terrible. Lol I get it now. I'm just too funky 4 u mfs

1. Why you wasting our food? 2. Why are there funky ass Sneakers in our Kitchen? 3. Dorm/ Studio or not, reorganize…

@cleotrapawest Her spraying all that shit on her pant crotch is why her coochie is funky in the first place. PH Balance is real...

@_AjJaimes_ @Funky_Tiime @Cambellxo Why does somebody who constantly gets shit on have to stop the wheel? Why don’t…

AC/DC had that swing ... shit was funky

About Funky Shit [The Prodigy] MP3

You can find here mp3 music file from artist The Prodigy, album The Fat of the Land, song Funky Shit, released date 30 June 1997. Listening and fast downloading online to Funky Shit - The Prodigy mp3 preview is free and does not require registration. 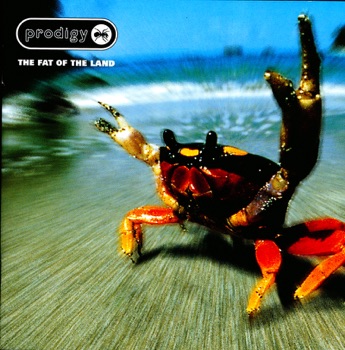