Great Album with quite a few good songs. My favorite is Let’s Go. Honestly feel like it’s underrated.

My taekwondo place plays this

Don’t buy the album, just the select songs you like.

💗 This album will forever be one of my favorites from Calvin Harris! Has a lot of great songs. 2013 was like the peak of EDM, and it has slowly gone downhill but Calvin Harris and Zedd have released awesome songs after 2013.

Calvin Harris, or Adam Richard Wiles is a Scottish DJ, singer, songwriter, and record producer. His album "18 Months" was a great album, and in my opinion, I think is his best album, so far. Personally, the only song that I didn't like was "Here 2 China", but the rest of the song on the album was exceptional. I actually bought this album a couple of years ago, and I just didn't give it a review.

Sharpswords56 - This album is underrated

This albums has a great variety of songs...it's fantastic and people shouldn't judge this album bad since it's overall a great album

Calvin Harris fans need to know that Calvin is an experimental artist which means that he can do and try whatever genre he wants. Either way he's a genius and it's amazing. I know I'm really late but people need to understand that an artist is gonna evolve. It took some time but now his last album funk wavs vol 1 is all funk and it's amazing. This album 18 months is also amazing. Don't know why owls hate it... oh right... it's because all of you selfish Calvin Harris fans want him to go back to his original style and not let him change. He is a master and genius at making music. Be supportive. This is one of his biggest albums. So what if it's a flop or not? To be honest, it was a good flop and not a bad flop. If it didn't flop at all, we wouldn't have change to funk music. And my the way, just because his new album has mostly rappers and R&B singers on it doesn't make it hip hop. That just means you don't what funk music is. It says it in the name people. Come on! "Funk Wav bounces vol 1". It literally says funk in the name. Funk isn't a brand new genre of music ya know. Anyway , my point Is, is that, when an artist evolves, changes there style a little bit, collaborating with artists from different genres, or completely evolves, their fan base should be supportive and not hate. That just means that the fans are greedy and selfish and they don't want that artist to change styles. But besides that Calvin Harris is one of my fav artists/djs of all time! All of his music and producing and collabs and albums and singles are just amazing and pure genius. And he can sing and write his own songs. Very talented and Amazing!

All these songs bring back so many memories. Calvin Harris is one of the best at what he does.

Almost didn't get the album of green.

SassaFlash - This sing is so awesome

But other than their two songs, the rest are just okay. I'd much rather listen to Zedd!

Timmy da fish man - Calvin Harris produces some of the best music out there!

So many great songs, so catchy, can't get enough of his music!

Listen to Feel So Close and I Need Your Love and you will know this album is great.

My favorites are Feel So Close, Bounce, Sweet Nothing and Iron.

I played feel so close on my trumpet yesterday

this album is more than just a dance album, it's has really good messages, to go along with the dancing

Fyttdtxxr - Feel so close to you right now

remember listening to him in 09' from "i created disco". Obviously a sell out, but hell he made it. Like any artist who isn't seeing sales, they just change what they do. Heard all these songs when they were super popular, never downloaded em, still wont, but hey it's not my thing. Great album none the less.

Aaron The Ultima - I Need Your Love 👍

I love I Need Your Love.

Definitely one of the most played album & artist. Has some of my favorite songs of all time. Love Calvin Harris!

A person on here said that the song 'I need your love' is album only. But it's not

Love this album. I've listened to it over and over. Thinking About You is the best track.

If your looking for the perfect album filled with cool sounds, awesome lyrics, and all out party music GET THIS ALBUM!

I love this song - love the words, the tune, and the beat so it makes that really easy to listen to. I'm glad I can get this one by itself. I wasn't really struck by any of the other songs on this album.

He has some great music🎤🎼🎶

its pure greatness can’t wait for next album

Sound track if my life best album his ever made

My mum loves this

Best thing Dillon Francis has ever done (I hope people get the joke).

EDM artists are a dim a dozen, what's so different about this?

awesome possum22 - i love this guy

This is one of the best albums from Calvin in 2012. Songs are amazing, including Feel So Close, I Need Your Love, Thinking About You, Sweet Nothing and Let's Go. Continue the good music!

This album is simply amazing! Theres some top 40 songs mixed with some more club sounding songs. From start to finish, this album has many great songs that sound great whether you listen to them on your own or you listen to the whole album. Worth the money, even if u arent a huge fan of electronic music, its worth a listen.

It sounds a LOT like the song Titanium at parts, and at first I absolutely hated it. I changed my mind completely after reading some reviews though... It totally does sound like they're saying "sexy oven." 😝

Hellman9 - Ratings from me!

One of the best albums ever and I mean that. Seriously the way Calvin Harris sings, and when Ellie Goulding is featured in I need your love, probably the best song ever! Love Ellie and Calvin they are great at singing

Every song is QUALITY!

Ok love it Fav. Is cant decide between sweet nothing or need ur love Calvin ur a genius

Awesome album! I especially loved your collaboration with Ellie Goulding and the song thinking about you. The one song I didn't like on this album was Sweet Nothing's sorry just didn't like it

The dynamics of working with tons of different artists to bring magic & beauty through the beat! Is amazing. The album is well done and very dance like. =D Love it.

This guy knows how his stuff, originality and creativity that hits the roof. Great work

I love your songs Calvin Harris your the best:)

I love this whole album, really, everything is amazing, emphasis on Here 2 China, sick song

It really is rare to find an album that you LOVE all the songs! I found a new favourite artist! This really is an awesome album and can't wait for the next one. Keep it up Calvin!

I love such sweet nothing but, that song is the only best one! SWEET NOTHI'n!

Ok for those who said this album was ok or average or whatever was said this guy is just a plain and simple music producer thats made my job way easier. Meaning this is that I, myself, am a DJ for 15 yrs, do minor remix's and try to do what Guetta, Harris, Afrojack and all other DJ's in this world do to accomplish and that is speaking out through music and greatness to be remembered by. Hope one day I get the chance to create an amazing Album like this one. Thank you Mr. Harris, for making us little guys feel bigger to accomplish great music! DJ Steff - Hull,Qc

Its a better album than most people give it credit for. Yeah he went a different route but hes coming to north america to make a name for himself and he's appealing to the masses and trying to stay relevant. This is a great album its quality just like his other singles and albums etc. I'll never understand why people complain about the "old" sound or the way things used to be. everything changes with time and if he was doing the same old, people would get "bored" and whatnot, you just can't please everyone these days.

aemailloux - Where are you, Calvin!

So disappointed in this... I miss the good old Calvin Harris, this is way too commercial. And every song has the same pattern... club beat, cheap lyrics, a crescendo, a break and then a chorus with the same sentence repeated 87 times... I'm really sad that this Aussie DJ came to america. He was way better then. We've heard enough Chris Brown and Rihanna. Please come back with some real good Calvin!!

This is a pretty good album it only has in my opinion 5 or 6 really good songs on it.

Wasn't sure at first but after a couple of listens I just leave it on from start to finish. More anthemy than say Ready for the Weekend but it's great. Strong and catchy individual songs that make you move your feet. I dig it!

its ok but he needs to just have most of his songs sang by himself my opinion tho but all in all good album :)

Awesome job Calvin Harris, This is definitely worth it.

Ollie Chao - It's worth it!

This album is awesome. I hope Calvin can bring more great music like this! Definitely worth buying.

I love it! So many fab songs!!

Best album of the year. Wow.

I have been anticipating this album since Harris' last one came out. Being a fan of electro-house and dance, I can honestly say this album is worth every penny. The individual songs are great, no doubt, but the whole album is just unworldly. Calvin Harris, you never fail to rock my socks.

This is one of the strongest albums I have heard in many years. a great mix between top 40-style songs with other artists and club song with killer beats. Going to be on repeat for a while -Cody88T- 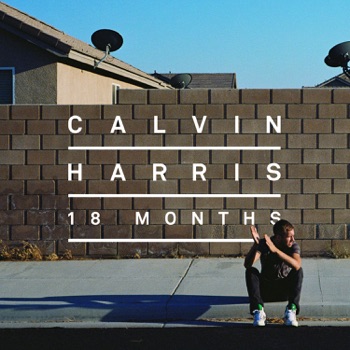