"Hells Bells" is the first track of the album Back in Black of Australian hard rock band AC/DC. It is the first song on their comeback album after the death of vocalist Bon Scott, introducing his successor Brian Johnson. The song starts off with the slow tolling of a bell 13 times and an intro played by lead guitarist Angus Young in the beginning, he is then accompanied by his brother and band mate Malcolm Young. Eventually the bassist Cliff Williams and the drummer Phil Rudd start playing. The lyrics, sung by Brian Johnson, explain how the narrator will attack, comparing his actions with natural phenomena such as rain, thunders and hurricanes. The song implies that the narrator has been sent to drag a soul into Hell. The song was written to commemorate the death of AC/DC's lead singer Bon Scott. The song also appears on Who Made Who, AC/DC's 1986 soundtrack to the Stephen King movie Maximum Overdrive, and on both versions of 1992's AC/DC Live. In popular culture * The song is played in the video introduction at New Jersey Devils home games. * The song's main riff is played while the main character in the movie The Fast and the Furious: Tokyo Drift is at the airport. * The song is played during the recap of the Season 3 premiere episode of the television series Supernatural. * Major League Baseball pitcher Trevor Hoffman has entered all save situations in San Diego Padres and Milwaukee Brewers home games (called "Trevor Time") since 1998 with "Hells Bells" playing over the public address system. Matt Wieters also used the song during his MLB debut and is expected to continue using it. [2] * It is also played at the University of New Mexico Lobos Mens Basketball home games at University Arena also known as The Pit. While played in the arena, sirens are first heard along with an introduction which references the elevation of the arena (appox. 5,312 ft.) and the long standing tradition of intimidating fan support. The Pit at UNM is well known for being one of the loudest in-door sports facilities in the U.S. * It is also played at opening kickoff at all New York Giants and Carolina Panthers home games. * It is also played at The Ohio State University, Youngstown State University, and the University of Central Florida football home games to get the crowd pumped up on 3rd downs. * Finnish boxer Amin Asikainen uses this song when he enters the ring. * The German football club FC St. Pauli from Hamburg opens all its home matches with AC/DC's Hells Bells. * The French rugby club Rugby Club Toulonnais from Toulon opens all its home matches with AC/DC's Hells Bells. * Equine drill team, Angelina County Sheriff's Posse performs a precision drill, riding to Hells Bells. * The brazilian soccer team São Paulo FC opens all its home matches at Morumbi Stadium with AC/DC's Hells Bells. Download AC/DC - Hells Bells MP3 song file at 320kbps audio quality. Hells Bells MP3 file uploaded on July 25th, 1980.

The best album ever. If you haven’t bought it you are missing out on the best guitar solos ever.

AC/DC at their best and balsy,

Only the greatest rock album of all time.

Best selling rock album of all time made by The best Rock band of all time. Anyone who doesn't buy this is mentally insane. Every song is pure perfection. BUY THIS NOW.

Simply put, the best rock and roll album by the world's pre-eminent rock and roll band. Not a bad song to be found here. All killer, no filler. Just rock and roll as only AC/DC can provide. Brian Johnson's debut sets the band up for decades at the top. "Hells Bells", "Rock And Roll Ain't Noise Pollution", "Shoot To Thrill", "You Shook Me All Night Long" and the ripping title track, "Back In Black," are the pick of a very good bunch. Well worth even iTunes' exorbitant prices.

@Robert Ghanem....that will be the the Brian Johnson that was born in Gateshead in the north east of England then. Suppose it could be considered a suburb of Sydney though depending on how you look at it. Apart from Phil Rudd, they were all born in the UK mate. As for a review of the album. One word. Brilliant.

@mizzen. They are in no sense a British band. They were formed in Australia by Australian citizens, some of whom came here as youngsters. They formed in high school, got their start in Aussie pubs and identify as Australian. So im sorry but you can't claim them. The fact some members were born overseas is irrelevant. And oh yeah- Brian Johnson is Australian born. So there.

YES WE'RE BACK IN BLAAACK!!!

FINALLY. Why weren't these albums on before? The stars are not for the music, but for Apple's lack of ACDC for so long.

About time! Greatest album ever... Crank shoot to thrill up while driving and see those speed cameras flash. Keep listening Howdy mate....

Forget about the cheque! - BIB

A sonic masterpiece !! Acca Dacca at their brutal best ;)

Micky in oz - Greatest rock album of all time

This is not the biggest selling rock album of all time for nothing!! A must for any collection, as well as being Australian!!

howdy mate - ITS THE BEST

Finally, AC/DC's on iTunes! I had to buy this album. This is probably AC/DC's best album. This was the first album with Brian Johnson and it was by far the best album they made with Brian. You can't beat these songs like bells bells and back in black. I strongly recommend you get this album if you're a hard rock fan or a AC/DC fan. Rock on!

All I can say is AT LAST AC/DC have decided to make their iconic music available via itunes. Time to sit back, turn up the volume and reminisce about my childhood.

@RubinReport Ohh hells bells someone going to get into trouble

@VoteChoice: #BirthControl is foundational to freedom: 🔘Moms need it to plan their families 🔘Students need it to finish their educatio…

hells bells. THIS IS THE CONTENT I'M HERE FOR <3 #UmbrellaAcademy2 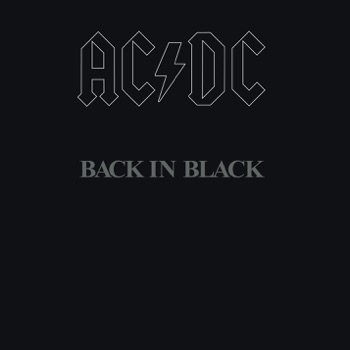