This is a fantastic song and video. It celebrates the holidays and makes fun of the insanity that can occur when families gather for Christmas or any celebration. Especially sweet was the kiss from the young girl to her grandfather at the end.

BrianSwaldi - They continue to improve!

Going Out In Style was so achingly good that I was admittedly nervous with the coming release of Signed & Sealed. They had gotten so close to what i considered perfect that i was afraid that they'd either lose a step and mellow out too much or that they'd go back to the screamy and grating punk that lacked the sweet, sweet Celtic flavor that was so in tune on Going Out. My fears were unfounded. They kept their form and, in some ways, got even better. Though this album had slightly fewer highly rated songs, there's a lot of 3 star songs on here, they've gotten so much better at story telling. Dropkick is one of the best bands in the genre at crafting iconic Celtic originals. They're one of the best bands in the genre overall and from the best city. There's no one quite like these Boston boys. As they've matured they got progressively more Celtic and awesome, but they have that harder punk edge that a lot of other great Celtic bands like Gaelic Storm are lacking. The editor's notes are right. They are the American Pogues. There's no band that is Irish, Punk, and so uniquely Boston as Murphys. I'm sure there are a lot of other bands from the Boston area that try to emulate them, but they are the gold standard. A huge part of the reason that they've gotten so much better and so much more Celtic is thanks to Ken Casey getting more and more of the vocal duty. He's got a great singing voice and is one of the top 5 Celtic singers all time. A lot of singers in the genre aren't quite as talented even though they work well with the music they're singing with. He's about as Boston as a Boston guy gets and he's the reason they are so good and unique. I'm not a fan of most of the songs that the other dude sings. I never even learned his name. They're a different and weaker band with him at the helm. He sang a lot more of the songs back when they were more punk and less experienced. He just can't sing well. Most of the songs he sings sound like the lead singer of the Bosstone's when he's screaming. Too throaty - he sounds like he's about to vomit. As i said, a lot of these songs are 3 star quality, but they're 3 star at the weakest. Through their last 4 albums you can count on the fact that their average decent song will be 3 star, their average good songs are 4 star and their average great songs are 5 star. There's one 5 star song on here in Rose Tattoo. I absolutely love that song - it's one of the top 5 Dropkick songs in their catalog. There's also four 4 star songs and a whopping eight 3 star songs. The weakest song on here is Out On the Town. It's just a little too old-school rock and roll. There's No 2 stars and no throwaways. Pretty impressive. The videos are also amazing. They make me appreciate the songs more by providing great visual context. Really well made. FYI - the acoustic versions of 4 of these songs on Itunes' competing streaming service are even better than they are on this album.

I listened to this album when a co-worker played it on St.Patty's Day this year. I'm in love with this band now! Season's Upon Us is an amazingly funny song!

yabuddyranch - be drunk while listening to this

I want to get it but I just dont see it. There music grows old fast.

Seriously...what happened to you guys? There is no soul in any of these songs. Been away from the hard life for too long. Come back please.

The album has many great songs and the bonus stuff is good too. The only disappointment was the Rose Tattoo music video.

The Boys are back and rocking, as usual! Another fantastic album!

Devondp10 - Irish rock all the way

Awesome album the boys are back!

RVAmusic - Proud Of My Irish Heritage!

The album is great! Thanks for all the energy in each and every song.

This is where punk meets hipster meets Irish folk. You're transported to Boston, Chicago, and Ireland. Hardy with rough vocals, unique instrumentation, and fun. A must own!

I was vey disapointed with this album. I own most of the previous DKM albums so was excited about the release of this one. Most DKM albums are filled with one good song after another, but this one has about 3 songs that I would rate as being up to thier usal standard. What the heck are they doing by putting a Christmas song on an album released in January? It seems like they rushed to write some very uninsiring stuff just to fill up an album.

Boston all the way, go black and gold

My parents and I are huge fans of these guys, they just keep improving with each album they release! Can't wait to see these guys at Terminal 5 in march!

from the Wall's - still a fan

2 good songs rest boring...Should hold off till you can make better songs instead just cranking out songs just to fill the album

You guys are great I love your music Rock on!!!!!-

This Album is as good as completing the Gordie Howe hat trick! Big hit!

I own every dropkicks album and this album is very boring. Only one or two songs stuck out as something I would listen to again. Their previous album was great but this one seems very rushed. I'm disappointed.

After reading all of these rave reviews for this album and having liked the DKMs in the past I figured I'd give this a try. Comparing these guys to the Pogues is more than a stretch, it's delusional. They have consistently ripped the Pogues off, and have, musically at least, gotten better at it. The vocals on the other hand become annoying with their constant Irish-Pub chanting harmonies and repetitive monotone and simplistic crooning. What is really missing is Shane McGowan's voice and energy and that will never be replicated. This needs to be marketed for what it is, overwrought monotonous Irish pub rock.

This is an amazing album an shows that DKM has a lot left in the tank. As someone else mentioned, it's amazing how they are album to record such a great album when they four as much as they do. There isn't a bad song on this one.

As much as these guys tour it's amazing that they can still put out consistently great albums. Granted, they're music probably isn't for everyone but they have some of the most loyal fans around and have much more staying power than a lot of the more successful artists today.

Awesome album!! Can't wait for the next tour!!!

The Boys are Back playing it over and over, perfect song for hockey season!!

Start to finish this one sounds amazing! I wasn't impressed with going out of style but this new one is amazing! They back for sure!

They've done it again!! One of the best albums to come from them yet!!

fitman30 - Signed And Sealed In Blood

Dropkick Murphy What a show

I wish they would do a little more old School Dropkick. Stay with that old punk music. Starting to get a little too mainstream

This is a great album but some songs could be a little better.

This has to be the worst CRAP I've heard in a while.

I mean cmon! Don't put the preorder out this early! It's done! I see it! Let me hear it! I hit their new tour and they played a couple and EFF YEAH! K so it is out and half is good. The other half should be put in a commercial for highschoolers. It is too polished. Too pop.

The dropkick murphys are truly one of the most talented bands around today. They mix all of the instruments they use very well. This album is great a great opening track and rose tattoo is a great song. This band did not disapoint great album.

This entire CD is excellent. It has an energy that is palpable and you truly want to sing along. Rose Tattoo is infectious and will be on my iTunes rotation for years to come. "End of the Night" is simply outstanding and a song I will be playing at my house as a party comes to an end. "Jimmy Collin's Wake" - outstanding and once again it possesses a certain energy to it. The lyrics are well written and not just thrown together in an effort to rhyme. Overall, this is an excellent CD and kudos to the Dropkick Murphy's. Well done.

MattHarrisGlobal - The boys are back and they're lookin' for trouble

I love these songs! I heard them play many of them live in Detroit! The boys are definitely BACK!

I love the Dropkick Murphys but this album has a seemingly repetitive sound. Rose Tattoo is amazing though. I would pick you're favorite of the bunch but not so sure the album as a whole is worth your while

Great album, can't wait to hear them play it live

Once again DKM shows they can rock

The album is great too but you guys played a killer show in North Bay!

AWESOME ALL OF THEIR SONGS

Such an awesome album!

One of of favorite albums. A must have.

So many songs are great

Dorkus1981 - Really need to do another show in BC

Love the new album….One of the best! Please come to Vancouver again….

Yes finally!!! So happy to hear some new tunes from you guys!!!! I really hope the album sound like this "preview" song.... Love the Irish feel ;)

qcknd: think arden rose but alternative. i got into qcknd years ago for her tattoo content but now she covers topic…

I read a book and it said that if you have a tattoo of a thin rose in red, or a large one in b&w, ur a thotter mc t…

@SimonTe23517983: ♥️🇱🇷🇳🇿👍 This is a heart felt message from me to my freinds in Australia and USA. China Virus will never beat us. I'm n…

@ToeyGeoff Billy Gibbons is a hot player. I like his slide playing, I like Pete Wells but suspect the difference is…

@kesslerboy That Sherlock Holmes & The Case of the Rose Tattoo game mate. So ugly. So buggy. I couldn’t put it down.

@SimonTe23517983: ♥️🇱🇷🇳🇿👍 This is a heart felt message from me to my freinds in Australia and USA. China Virus will never beat us. I'm n…

Smaak a rose tattoo on my shoulder😭

♥️🇱🇷🇳🇿👍 This is a heart felt message from me to my freinds in Australia and USA. China Virus will never beat us. I'…

@keyanabreshae: if you have a rose tattoo you BASIC asf 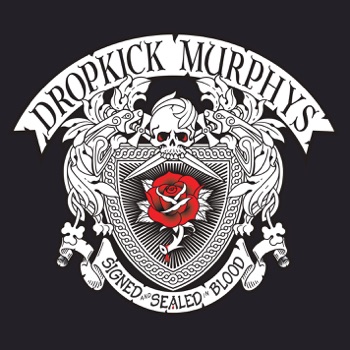