Nothing Else Matters by Metallica MP3 Info

This is the album that Hetfeild learned to sing. That isn’t a bad thing. Some may look at it like they sold out and I would say that was the next album. Metallica filled my ears when I was a teen and while I don’t listen to much of there newer stuff. I’m a fan and will be for a life.

Without being “too quick to criticize” the music too much, but this is where Metallica definitely stopped making speedier and politically/socially poignant songs to more radio acceptable metal pop. Seriously, a song about the bogeyman? Yo ho indeed. But it’s their band and they can do what they want, and they did a great job making pop metal. Doesn’t suit everyone’s tastes but at least they threw a small bone to old fans with through the never.

Cute$tuffxoxo123 - This band is the best

Metallica can do any genre and make it sound good. period. Thrash is the best from them but this album and load are iconic and well made.

Tied with master of puppets as favorite metallica album.

Metallica is awesome! I went to go see them in concert!

Beginning with Kill Em All, each album was progressively better than the one before. Black was the pinnacle of that run. For Metallica newbies, this is where you start 🔥🏴🔥

ilistentomusic(obviously) - Tell me, what is wrong with changing sounds?

People who hate on this album, what is wrong with not doing the same thing over and over? If these guys did thrash the entire time it’d get pretty boring after a while. You guys go way over-the-top all the time. Any tweak is a sellout. Any new direction in the slightest is a sellout. You wanna talk sellouts? Check out today’s artists. Taylor Swift. Tried country, didn’t get any fame. Went STRAIGHT to pop with no gradual movement. Suddenly she’s everywhere and has all the money. Even though every one of her songs are just like the other. Imagine Dragons. Gradually started changing their sound until their latest album when they REALLY went for the money. Billie Eilish. Ed Sheeran. Justin Bieber (though he’s always been a sellout and has NEVER made quality music). I can name dozens more of REAL sellouts. Metallica ain’t one of them.

Lots of people are pointing out that this album is more tame than Metallica’s older music - it isn’t so “thrash” and heavy. Yet it’s become their most iconic album of all time. Personally, I like this style of rock better. It allows you to focus more on the meanings behind the lyrics and the stories being told within the songs. Some of the songs are on the heavier, fast-paced side (“The Struggle Within”) like that of their older music, while some of the songs are slower and more tame. “Nothing Else Matters” reminds me of “Fade To Black” from their earlier album “Ride The Lightning” in the sense that it is calm and haunting. I think every single song on this album is excellent and meaningful. Metallica is the definition of great rock music.

Yeah.. they’ve changed their sound... a lot. People give this album crap a lot but it’s just them changing up their tone. Even though it’s basically mainstream rock more than it’s metal. There are some good riffs in it and it’s overall decent. Personally not one of my go-to albums when I want to listen to Metallica.

I love Metallica they are my favorite band. This is a pretty good album I really like where ever I may roam and the unforgiven. Good album!

Everyone thought that Metallica was crazy when they decided to shorten things down for their self titled 5th album; boy were they in for a surprise 😝 😜 💭 I remember watching the creepy music video for the 1st single “Enter Sandman” & ultimately I knew that this legendary Heavy Metal quartet have made it at long last after 10 years, and they did so for the right reasons 🤘 🎵 🎼 🎶

It’s not as good as ride the lightning but, its awesome nonetheless.

Metallica comes out swinging with all the glory and power they can muster and it works. One of the best albums in music history! 🤘

Listened to this album a thousand times after Operation . just the beasts under your bed, in your closet, in your head

Stone cold awesome from start to finish u rock Metallica 🎸🎤🎧

This is an excellent album I love it

Metallica is the greatest thing to happen to metal but, it’s not as thrash as kill em all or the earlier stuff, but still extremely sick

My favorite Metallica album besides Master of Puppets, “Enter Sandman” is that classic Metallica feel and sound. A must get for all Metallica fans!

Great songs from the mighty Metallica

One of the best albums of all time.

janicejean1953 - Best album ever made

Amazing album but their earlier stuff is a little bit better

My volume won’t go any higher

This album is awesome. The best songs are Enter sandman, Nothing else matters, My. Friend of misery and The god that failed, and wherever I may roam.

The Black Album is an amazing album. It’s different from their first several albums which were more thrash like but it was a good change that I think brought in more people. The album has no song that is bad. All the songs are great and especially fun to play on guitar if you’re a guitarist.

This was the turning point from thrash to rock. Even though that sounds negative, there are many great songs coming out of this. Enter Sandman, despite being overrated is still a great song, and Wherever I May Roam is my personal favorite on this album with its killer riff. The soft stuff like Unforgiven is OK. And that is what sums up the black album. Not awesome like RTL but not awful like the early 200s. 3 stars

I can not give any reason to not like this album. It was the first one I heard, and it is great all the way through. Do I need to say more?

Made for massive airplay

kurt cobain loves me - Metallica has a new sound

This is probably one of their best albums. Enter sandman, sad but true, wherever i may roam, nothing else matters, and the god that failed are the best songs. Listening to the god that failed is a little sad tho, because I wish cliff could’ve played that awesome bass intro. But definitely a good album. I recommend this for anyone who wants a new Metallica sound. ♥️♥️♥️👁👄👁

This was it for me as a Metallica fan. The Black Album was the sellout album. It was the album that completely changed there sound. I also always thought that Lars was a weak drummer. There’s so many songs that should have double kick drums but resorts to the standard rock drum pattern the times he does use the double kick it’s only for a couple of bars.

Possibly the most overrated album ever and pales to the albums prior to it....all downhill from here.

I remember I waited for so many years for them to release this album and that's where I stopped supporting Metallica. I tried and tried, load, reload and I gave up...

The unforgiven is the best one in this album. I also like nothing else matters. Everything else Wicked.

“Metallica” or “The Black Album” isn’t the best Metallica album, but it sure isn’t the worst. This album shows a more approachable sound than the first four albums by the band. The radio-ready singles show Metallica’s mature but loud sound in its prime. The first song “Enter Sandman,” starts off with a clean riff from vocalist James Hetfield and goes into a just a great song. Kirk Hammett’s guitar solos are a step up from his solos on their predecessor, “…And Justice for All.” The greatest songs on this album are: “Sad But True,” “Wherever I May Roam,” and “Through the Never.” Listen to the album, I recommend it.

Its 2018 and the production, mix and sound STILL amazes me to this day after 27 years on HOW GOOD this sound in an system. This is and will be the best sounding album of all time from the 90's or now in my hunble opintion. Cheers! let me know if you agree

RockMusicManiac - Talent at its finest

The title says it all

A must-have. Best album ever.

I never listen to Metallica growing up. I thought it was for metal heads. I have to say this is one of the best albums I've ever heard. As an accountant you have long nights at the office for tax season. This gave me that push to complete those files at 1:00am.

Enter sandman is my favourite Metallica song, this band freaking rocks! Rock on from Canada🇨🇦👻

Every song here is either really good or filler. Pick out the good stuff, Enter Sandman, Sad but True, Roam, unforgiven, and Nothing else Matters. Don't bother with the rest.

Bigboozered - Essential listening, not their best

This album marks the band's departure from the stunning thrash prowess that was wielded throughout Kill 'Em All, Ride the Lightning, Master of Puppets and ...And Justice For All. It certainly defines the band, and has some great songs on it, but is certainly not the same as their greatest works.

This is the best album ever and I like their whole album.

One of my first Metal albums(along with Pantera’s 'Cowboys from Hell’) Classic Metal album. Bob Rock’s production still holds up to present times.

Metallica at their best. This album is not just a metal classic, it is one of the best ever regardless of genre. Buy this!

_WHISKEY_TANGO_FOXTROT_ - One of the best albums.

These tracks got me through my youth. Forever timeless. This is a well balanced album with a lot of character, emotion, and originality. 🤘🏻🤘🏿🤘🏼🤘🏾🤘🏽🤘

I am going to get it live

the black album is a must have.

The best album of the world!!!

This album is an essential in my opinion. Can't go wrong as every song is awesome. Metallica rocks!

Love this album and everything before it. Old Metallica is my favourite for sure

This is personally one of my favourite albums of all time. It is metal at its finest! This was the first record I ever bought!

Mitchell271 - There's a reason it's legendary

Fantastic album and any metalhead worth their salt has a copy of this somewhere. This is thrash metal at some of its finest.

@MrsMaggieAH I’ll take him. I’ll DM you my address. I’ll even pay for shipping. 🤣 He’s a dachshund so to me, nothin…

Like seriously, could this Metallica (Nothing Else Matters) cover made by playing guitar with Ellie in…

and nothing else matters!!!!!

Use your time and energy to build relationships. Nothing else really matters.

pinche nothing else matters no podías ser más fácil putita

@lmgriffjohnson: as long as you genuinely know you’re doing the right thing nothing else matters

@RadioRodd: I swear I step on the floor and NOTHING else matters, I get lost

@AgentApplebutt3 FVCK yeah!!! This guy is wide awake!!! Wake up bi-a-tches!!! Without the protection of our kids, w…

as long as I have my daughter, nothing else matters. Everything else will fall into place. I’m nothing without that little girl 🥺

Nothing else matters, one, the unforgiven, the day that never comes, fade to black, master of puppets, fuel. Son mu…

@_imbay: I have goals to reach, nothing else matters.

About Nothing Else Matters [Metallica] MP3 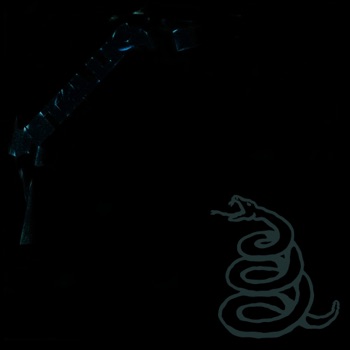 Nothing Else Matters MP3 Credits

Nothing Else Matters Similar MP3