"I'm Gonna Be (500 Miles)" is a song written and performed by Scottish pop band The Proclaimers. It was released on their 1988 Sunshine on Leith album, and subsequently as a single. It has become one of their most popular songs, reaching #11 in the UK charts and No. 1 on the Australian ARIA Charts in 1989, plus, five years later, #3 in the US Billboard Hot 100. The song has become a live staple at their concerts. The Proclaimers played it at Edinburgh 50,000 - The Final Push, the final concert of Live 8 at Murrayfield Stadium on 6 July 2005, to symbolise the conclusion of The Long Walk To Justice. Download The Proclaimers - I'm Gonna Be (500 Miles) MP3 song file at 320kbps audio quality. I'm Gonna Be (500 Miles) MP3 file uploaded on August 1st, 1988.

Download and Listen I'm Gonna Be (500 Miles) by The Proclaimers

I love the song it’s very nice and a wonder if the proclaimers are still together!!🤷‍♀️

I loved this album in the 80s and I think I love it even more now 30 years later!!! It never gets old!! I can't believe now my teenagers love it!! It was so funny when my teenage son came in and told me he wanted to play me a really cool song..... I nearly did one of those TV "spit takes"!!! When I tried to tell him it was from my years as a teenager he didn't believe me. I'm so glad the song has come around again it's going to be perfect for our summer vacation drive to the beach this year!! Thanks for The memory is the first time!! I know it will be even be sweeter the second time around!!!!!

I missed out hearing "500 Miles" the first time when it was first released in 1988. But, thanks to a film in 1993 titled "Benny and Joon", the song was revived and became a bigger hit the second time around, peaking at #3 on the Billboard Hot 100. I bought my copy back in 1993. Nearly 24 years later, it still sounds great.

I love how it reminds me of how I met your mother. It never gets old

I recall when this album was released, heard about it on WXRT in Chicago. Revisiting nearly 30 years later and it’s aged like fine wine, a great listen! Enjoy this classic!!

You get tired of the song looping, but it'll just become great again. And even better the next time. The song just makes you happy. Lol, made me re-watch that HIMYM episode. This song is like everywhere though. I'm gonna be(500 miles)

Dahlia Clark - Must get

Road trips with this songs makes 14 hours feel like 4!

Even though I'm not a big 80s fan I still like this music. Some of your songs are a little too much country. Not bad though

baldheadned - What do you possibly say?????

I love The Proclaimers :D I actually might have a small......obssesion???? :) LOL I can't help but love the classic, yet unique misic they make. And the Scottish accents are a huge plus.

@kaitbagley I’m Gonna Be (500 Miles) by The Proclaimers.

@GangCane: I honestly can’t think of anything Jon n Martin will be doing in The Spiral other than loudly singing I’m Gonna Be (500 Miles… 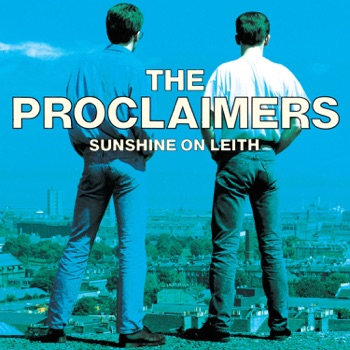