Artist: Katy Perry
Album: One of the Boys
Country: USA

"Hot n Cold" is a song by American singer Katy Perry. The song was written and composed by Dr. Luke, Max Martin, and Perry for her major mainstream debut album, One of the Boys. The track was released as the album's second single. It is about an unstable heterosexual romantic relationship, told from her point of view. The chorus uses several antonyms to describe her partner's bipolar mood swings, with the verses describing how they affect the couple's life together. The single reached number three on the Billboard Hot 100, making it Perry's second consecutive top three single, after her previous worldwide hit "I Kissed a Girl". The single has also become Perry's second top five single in the United Kingdom, Australia, Ireland and New Zealand, and topped the charts in Finland, Germany, Canada, Norway, Spain and Denmark, and has topped the charts in 15 countries. "Hot n Cold" was nominated for the Grammy Award fo Best Female Pop Vocal Performance at the 52nd Grammy Awards but lost to Beyoncé's Halo. As of September 2011, "Hot n Cold" has sold over five million digital downloads. Perry sang the song in Simlish for the soundtrack of Sims 2: Apartment Life. In 2010, Perry performed a version of the song with Elmo intended for the children's television show Sesame Street (to teach children about opposites) which was released on websites such as YouTube. However, the producers of Sesame Street decided not to air the segment on the show after receiving complaints that Perry's revealing wardrobe was not appropriate for children. Perry alluded to the controversy later that week on Saturday Night Live by wearing a low cut Elmo t-shirt with a short skirt. Background "Hot n Cold" was confirmed as the second single from One of the Boys by Perry in an interview with Radio 1 saying that the song would in fact be the follow-up single to her number one hit "I Kissed a Girl" in the United Kingdom and Australia. The song went for ads on the North American radios on September 9 and remained the song with one of the biggest bullets of the entire mediabase for weeks. There are currently four radio edits: in one, "bitch" is replaced with the word "chick", ("You PMS (pronounced like 'be a mess'), like a girl, I would know"); in the second, mostly used on radio program Open House Party, this version uses "girl" instead of "bitch" or "chick" (in a version once played on Ryan Seacrest's American Top 40 radio show, the lyrics are "You PMS, I would know"); in another edit, the lyrics first line of the song was repeated after the line was sung in full ("You change your mind, like a girl, I would know"), this edit can be heard in theme parks; finally, the radio edit that is used on UK music channels cuts out the word altogether. A remixed version of the track has also been released for play in the iPhone OS game Tap Tap Revenge. The song was nominated for the 52nd Grammy Awards in the category of Best Female Pop Vocal Performance, but lost for Beyoncé's "Halo" and was chosen as the theme song for Channel Ten's new show MasterChef Australia in 2009. Perry said in an interview with Open House Party that the song was about ex-boyfriend Travie McCoy in the early stages of their relationship. Covers Woe, Is Me version Atlanta-based rock band, Woe, Is Me covered the track for the compilation album Punk Goes Pop 3, which was released on November 2, 2010. The song was leaked on October 6, 2010, and was officially released for digital download on October 21, 2010. Other cover versions -"Hot n Cold" was covered by the rockabilly coverband The Baseballs in 2009 from their debut album Strike!. - The song was covered by British ska and indie band Kid British on their 2009 EP iTunes Live: London Festival '09. -The Chipettes covered the song for the movie Alvin and the Chipmunks: The Squeakquel and the movie's soundtrack. In this version the line "You PMS, like a bitch, I would know" is changed to "You always stress like a chick, I would know". -Brazilian girlband Valkyrias covered the song on their Rádio VKS Tour. -Selena Gomez & the Scene performed the song during her 2009 Selena Gomez & the Scene: Live in Concert tour. -Taylor Swift with Katy Perry performed the song during at the Fearless Tour on April 15, 2010 (Staples Center). - Aaron Lewis covers a stripped down acoustic version to tease the audience. Download Katy Perry - Hot n Cold MP3 song file at 320kbps audio quality. Hot n Cold MP3 file uploaded on June 17th, 2008.

Have you heard the song 'All She'd Say Was Umh-Umn Hot n Cold'?

@Kit_Kat_Katlyne: On today’s episode of lyrics I’ve heard wrong all my life: Hot n Cold by Katy Perry It’s actually “You PMS like a b…

@policetruckk when its hot n the floor cold as hell >

@tsitraami Go buy some cereal or something for breakfast on the way home! You can have cold milk with it for refres…

#CoronaVirus pandemic n cycling revo. in #India? India is on 🔥from Mr to Jn with temp as high as 45 deg c. Jl -…

me: jagger let me take ur rug off my horse, after running away from me, realising that actually it would be benefic… 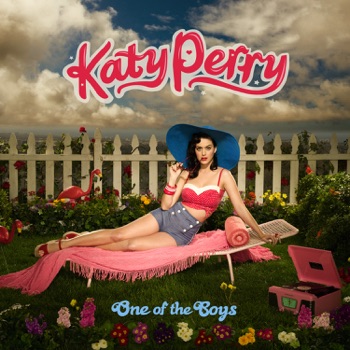