This song is copied from Aha's Take On Me

Don't stop the party and Timber are good. But they are the only really good ones. Everything else sounds the same and not well done at all.

I love this music only on play pitboll !!

koltdelane - Lucky to have Kesha..

He was lucky to have Kesha be featured on Timber, she brought the party.. Watching Kesha preform Timber live by herself is so much better though!

This is defiantly the worst single of 2013. As if "Timber" wasn't bad enough, he just had to pare up with Ke$sha... I never really liked pitbull. His voice is so bland and talentless. If he just left the music business, I don't think anybody would really miss him.

TheMartinator - Not a big fan

I've listened to Pitbull, and his music is terrible! I could create much better music then Pitbull! I never was a big fan of Pitbull!

Says swing your butt round and round

I feel really bad for him. He thinks he knows what he's doing and I just. Oh no, honey, no no no.

Making songs with all these big name, good singers. This 5 stars is for Christina, Kelly, & Ke$ha

His same old yell at the beginning of EACH AND EVERY SONG is getting soooo old! Mix it up please!!!!!!!!

What the heck is this world coming to, "timber" seriously?

I like the song timber a lot it is very catchy, the lyrics are a little strange but I like your work.😄

I don’t know why everyone is hating on pit bull!!! He’s the light best dude!!!!

I think that this music is pretty good! I love the face that there is such a variety of different artists on the album. But I agree that he is a bit repetitive. But still, GREAT MUSIC!

Can't wait for the next album!!

Its sad , what you have to do to pay bills retire plz pitbull should be a chef not a singer

Stop saying he is bad you try raping I bet you would fail!!!

I love Timber; it’s so catchy, you know? 😁!! Most people should love that song, cause I sure do!! Normally, I call people who don’t like this music haters, like, fr, bc if they don’t have any taste in his music, then they need to go away. Ke$ha is a new hit for me now! I mean, like, without her, the song timber wouldn’t be so catchy, you know?! 👍👍👍!!

blueberry1935 - beats awesome for my jogging and running

some haters that his song is repetitive but I like the beat coz it keeps me going and running....

I really like pit bulls music. The haters Gould go away.

This album saved my life.

Pitbull doesn't really seem to have talent he always features people in his songs at least Nicki Minaj tries to sing The only reason I like feel this moment is because of Christina Aguilera the rest makes no sense Pitbull is just repetitive Timber is really bad Heck even my teacher makes fun of it And what's with the World wide thing And, the dog is pit bull not Pitbull Trash

Like some of the songs but overall pretty good. I have bought about half the album.

Steph8802 - Best singer worth every penny

I never really loved Pitbull or Mr.Worldwide too much intu his song Timber. I have been obsessed with Timber since the day it came out. Its really catchy. Ke$ha did a wonderful job, though i listened to Timber so much my friends say i could take her place and do a better job. Worth every penny.

Timber, lumber, forest products. Whatever. This song is only cool when you're chopping firewood. While drunk.

Great Album, heard it countless times & don't get tired of listening to it, & Pitbull will be heard in any part of this world, especially in clubs, Like it or Not... (Drinks Up)

Jen is soo awesome and so r u! - Good

He is better than you think. You guys must be too stupid to notice that if you don't think he's good.

I'm not a huge fan of his but there's some really good songs on this album! I like how his song "back in time" is featured on MIB 3 haha! Nice work :)

He's got the moves and gets the crowd movin! He's always on the go...gotta luv his work ethic! Who else is music works as hard as him??!!

If you want an Upper? Pitbull and his friends are here for you. I cannot listen to this without dancing! Timber w Ke$ha is awesome, Don't Stop the Party keeps you pumped and there are so many radio hits on this cd alone. A++

I like Pitbull's music as much as the next person but, there was no reason to get rid of the other song on the original delxue version. I would have kept all the song and added the new ones instead of replacing them, Pitbull is still the best!

Mr. Worldwide... Love GLOBALIZATION ... Great Work!!! A MUST LISTEN AND MOST HAVE!!!

This is the best song ever. I feel so sorry for the ones that hate it. All my friends love it, when it comes on we all sing at the top of our lungs. I <3 TIMBER

anawaey7 - Best and energized album ever of all time

Pitbull has done it with this album that is very valuable and who cares about what others say. This album had won me over with the catchy songs. 😄👍👍👍👍👍

Pitbull ruins EVERY song he is in. Quit.

If you people have nothing to say nice then DON’T SAY ANYTHING ABOUT PIT-BULL OMG YOU PEOPLE !!!!!!!!!! SO RUDE

This album is like a cow just barfed in a pail. I mean, Pitbull is like a science experiment gone terribly wrong. If I were you, do not buy this album.

Ratings are mixed, probably because there’s a pop song in a rap album, I like the song “Timber”...some might not agree 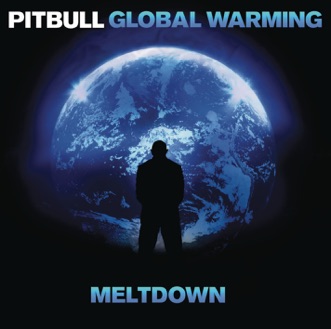