Download and Listen The Perfect Parts by Shakey Graves

I'm not a fan of Country music because it is rarely done right- like most rap now-a-days. This is a talented artist doing the genre a service. The full album is filled with talented, nuanced music that simultaneously pumps you with energy while keeping you calm and level. Great new artist to add to any music lovers list. Thumb picks way up!!!

Awesome songwriter! He's out there with John Prine, love both of these guys lyrics.

I absolutely adore this album and what Shakey Graves has done. The raspy voice, the great beats, man, just everything just makes this album (and all his music) so great.

This album is brilliant. Start to finish it's great. The songs with esme were fantastic. More with her please.

Heard him on Pandora. Saw him in Baton Rouge. Such a great album. So excited to own it.

An absolutely incredible album. Very with a listen. I think I've listened to it at least twice a week since it came out. Shakey is amazing live, too (seen him 3 times, he gets better and better each time!) and you should definitely check out his other albums on bandcamp.

Such a great album

Such a great album

These guys opened for a Trampled by Turtles concert. I didn't want them to stop playing! Very talented and so fun to see perform!

Shakey Graves / Alejandro Rose-Garcia has created an album to cherish. I'm in love with these songs. I find myself fully singing along with reckless abandon. The ebb and flow of this album leaves me wanting more. I can't wait to see what he'll release next!

Alejandro Rose-Garcia has invented his own genre, this style is like no other artist I have ever heard. Just the fact that much of "Only Son” is in 5/4 (an odd time signature) adds so much character to the sound. After his first three albums, released only online, Shakey Graves’ music remains unique and interesting. Esmé Patterson adds so much to the music also, adding another singer keeps the album fresh. If you like new, you’ll love Shakey Graves. I give this album without a doubt 5 stars.

Shakey is a true artist. His music is so unique and never follows a structured format. The best part about his music, is how unpredictable it is. Just when you think you have the melody of a song figured out, it completely changes and catches you off guard. That's what makes you want to keep listening! And you'll never hear him perform a song the same way twice. He plays in the moment and lets his mood navigate the direction of the song. You get the feeling that sometimes, he doesn't even know where he's going with the song, he just feels it! Pure genius!

I'm in love!! So unique & actually musically talented & that raspy voice... Good lord, I'd leave my whole family & fly to another universe with this guy!

JillbSpirit - This is just good, raw music. Love it!

can't wait to see them in Pittsburgh

Your voices envelop each other. I also love the cross section of styles from Country, to folk, to the coarser sounds of rock.

Caught this duo live in Chicago in December and I'm so happy to hear this music being played.

Heard Dearly Departed and fell in love with this sound...original, uniquie .... buy this music... do not miss out on this talent...

such a good album. I heard family and genus on vine and I loved it I ended up buying the whole album

Between BSC and Malory Towers, we have two high quality adaptations of iconic girl lit, with age appropriate castin…

Fast forward to 2020, who knows that part of me which got broken so bad became the most nourished one? I'm thriving…

@bikidullah: So much in love with this shot I took of two workers, resting after a hard day's work..in the remote parts of #Assam #Per…

@bikidullah: So much in love with this shot I took of two workers, resting after a hard day's work..in the remote parts of #Assam #Per… 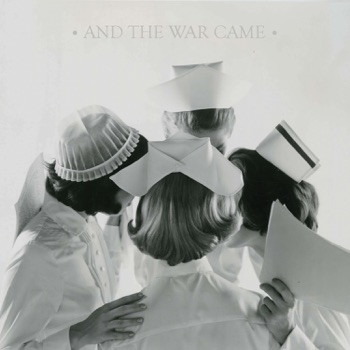