A pathetic effort from a fake singer.

It's really cool!😋 - Love this album

Been listening since it came out. Love it. AMAZING

mgschubie23 - I look up to you Kelsea

This is an amazing album for teenagers and just to have fun there are done funny songs, serious songs and, everything combine!! stop being haters

This album is perfect to listen to when you’re doing housework or driving in the car! The pop feel with a lot of acoustic gives me very happy vibes! 😊💕

After I've watched and listened to her sing on Good Morning America Summer Concert on television, I immediately went on ITunes and bought this song!!!! It was worth it🤘🤘🤘🤘🤘🤘😊

Ok Hi regency thank trying this were ETOROMI is

What is this not even country and this is coming from a country singer myself!!! It's pop music with a country accent that's so ridiculous and forced. She just is pop material not country!! And what country wears a leotard in a country music video?!?🙄

hailey_nichole01 - I love her so much

I love it!!! The songs are amazing I love pop and country the two she mixed so well. Also the lyrics are awesome!! Best album I would recomened it!

Suppperrrrrrr bad and terrible - She is amazing

I love your music so much! 😍You have a Beautiful Voice. When people say mean things they probably jealous of how your voice is . I love you so so so much!!!❤️❤️❤️❤️😍😘

This isn't country, it's pop.

I love this album! She reminds me of Taylor Swift. Great job and keep it up!

Not good, not country... not worth the one star I had to give this post.

Her songs aren't THAT bad, but why does all of her songs have the same beat and sound so similar. Also most of her songs just keep saying "boy"

Yeah save your money.

Kelsea Ballerini is a phenomenal singer!!! I love everyone of her songs and I can't wait until she releases another album!!! Way To Go Kelsea Ballerini you are awesome!!!

She could be the worst artist to hit the country universe ever. Her songs are terrible her voice is annoying and auto tuned. "Yeah Boy" is literally cancer to the ears. Why any radio station plays this and why anyone listens to it boggles my mind. Apple should spare the ears of the world and remove this song from iTunes...

I love all the songs on this album.

I didn't know country was now Disney. Stick to true authentic country music and sound she sounds to much like hip hop. If that's what she's gonna go for and help change country music then she can jump ship with Taylor swift and stay here with their hip hop music.

It is rare to come across a pop-country cross-over album that lives so comfortablely in both worlds. Kelsea has an amazing voice that never trys to draw attention to itself. The songs are produced seamlessley as well - clearly reminisent of some of Shania Twains best work.

16 HORSES - There's a first time for everything!

Always remember your first! This Grammy award diva has the omnipresent attitude of Carrie Underwood, Taylor Swift, and Kacey Musgraves and their debut country pop albums! Which if to say anything will shoot her right up the game! Here's hoping for a second!!!!!

The new queen of pop country!

Dodge Mom 0204 - Beautiful lady inside and out

She writes and sing songs about feelings real women have. She's an excellent performer with a great personality.

I love this music so much I would recommend this music for any age if you like Taylor swift you will love her songs.

This is why country music is going down the drain...

And is this country or pop?

I saw Kelsea Ballerini live when she was with Rascal Flatts in Phoenix, and while I applaud her for her country undertones, she needs to get back to the roots. I think that she has some amazing potential but she needs more country in her music than just a banjo. I thought she was fantastic in person, but there was too much pop to it. Despite all that, I love this album regardless of what genre it falls under. It is still very well written and performed! Keep it up Kelsea!

allena_b - The Future of Country Music

Great album, talented artist, and an AMAZING person! Love Kelsea and can't wait to see what her future in country music has in store! 💗

This is an amazing song! I love it! The only thing that I really dislike about Kelsey is that she really sounds so... pop. I really want some country girls ' round here. Enough with these boys! Think of Carrie Underwood. She's an example of a country singer. Love you Kelsey!

I am a huge Swiftie, and ever since Taylor went pop, even though I LOVE her 1989 album, I still needed a country artist to listen to. But you know what, she's not like Taylor Swift! No artist is the same! This girl is beautiful, talented, with her own voice and style of music!! This girl, is going places!!

her single is the only passable song on this album, and it’s JUST BARELY catchy. what a tedious album to sit through

I am so impressed with this album that I needed to write a review. I really feel like country music was needing someone exactly like Kelsea Ballerini. The fact that she co-wrote every song on this album speaks to her talent as a songwriter. I love that she doesn't sound like any other female country artist out there. If I had to describe her, it would be part Miranda, part Taylor with a dash of Carrie and Kacey. Her songs have inspired me to break out my guitar and learn to play her songs. I cannot wait to buy her second album and see what she does next. I predict Kelsea is going to be big!! Amazing work Kelsea!! You have a new fan! Keep it coming!

The songs are catchy and addicting! Especially "Underage"

This is the most perfect album since Taylor Swift’s debut CD for girls in middle school and high school. Seriously, though. This album has songs about fitting in (Square Pegs) and being young and just wanting to grow up (Underage), and even has a beautiful song for kids who’s parents are getting divorced called Secondhand Smoke. At the same time,though, there are songs about different boys, such as the one who leaves you waiting yet never shows up (First Time), the one who will never grow up (Peter Pan), the one who you knew was trouble (Sirens), the one who is still in love with his ex, oh (XO) and especially, the one you’ve had a crush on for what seems like forever (Yeah Boy). Yet, at the same time, it has songs that just make you want to dance, like Dibs and Love Me Like You Mean It. This is a truly amazing album, and one that I can relate to in many ways. I can relate to wanting to fit in, having a crush on that one awesome boy, wanting to grow up and still be able to smile while going through heartbreak. Kelsea, just like Taylor all those years ago, has perfectly captured almost every emotion I, and many other middle school girls I’m sure, have gone through. Beautiful album, Kelsea. Congratulations :)

@royaltercets: @jxxnvier versailles too lmao- “yeah we r vampires. teru is a little boy prince. hizaki is a male princess and mommy. mas…

@sairaspooks Yeah, but waldo is also a good boy and you should definitely post waldo daily.

@xEricThomas Yeah you better watch it boy, NY is way too hot boy to fuck around.

@holyparcel @lighthadassah Yeah I’m in Australia so I’m ahead of u due to the earth rotation ... pick up ur Geography book boy

yeah, your boy is up.

"This song is for the little boy imnida. Yeah" That was so freaking cute omg

@jxxnvier versailles too lmao- “yeah we r vampires. teru is a little boy prince. hizaki is a male princess and momm…

playing Warframe for the first time in a while, missed some content yeah so i got a mad backlog but i still can't g… 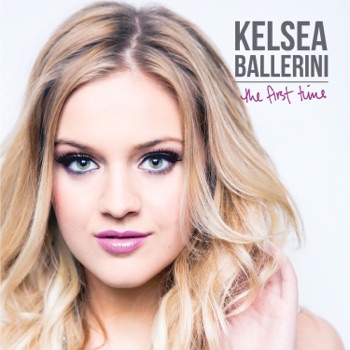