Rumours is the eleventh studio album by British-American rock band Fleetwood Mac. Largely recorded in California during 1976, it was produced by the band with Ken Caillat and Richard Dashut and was released on 4 February 1977 by Warner Bros. Records. The record peaked at the top of both the main United States Billboard chart and the United Kingdom Albums Chart. "Go Your Own Way", "Don't Stop", "Dreams", and "You Make Loving Fun" were released as singles. A Grammy Award winner, Rumours is Fleetwood Mac's most successful release with sales of over 40 million copies worldwide, and diamond certifications in several countries, including the US, UK and Australia. The band wanted to expand on the commercial success of the 1975 record Fleetwood Mac, but struggled with relationship breakups before recording started. The Rumours studio sessions were marked by hedonistic behaviour and interpersonal strife between Fleetwood Mac members; these experiences informed the album's lyrics. Influenced by pop music, the record's tracks were recorded using a combination of acoustic and electric instruments. The mixing process delayed the completion of Rumours, but was finished by the end of 1976. Following the album's release in 1977, Fleetwood Mac undertook worldwide promotional tours. Rumours garnered widespread critical acclaim. Praise centred on its production quality and harmonies, which frequently relied on the interplay among three vocalists. The record has inspired the work of musical acts in different genres. Often considered Fleetwood Mac's best release, it has featured in several publications' lists of the best albums of the 1970s and the best albums of all time. In 2004, Rumours was remastered and reissued with the addition of an extra track and a bonus CD of outtakes from the recording sessions. In July 1975, Fleetwood Mac's tenth album was released to great commercial success, eventually selling over four million copies and reaching #1 in 1976. The record's hit single "Rhiannon" gave the band extensive radio exposure. At the time, Fleetwood Mac's line-up consisted of guitarist and vocalist Lindsey Buckingham, drummer Mick Fleetwood, keyboardist and vocalist Christine McVie, bassist John McVie, and vocalist Stevie Nicks. After six months of non-stop touring, the McVies divorced, ending nearly eight years of marriage. The couple stopped talking to each other socially and discussed only musical matters. Buckingham and Nicks—who had joined the band before 1975's Fleetwood Mac and after guitarist Bob Welch had left were having an on/off relationship that led them to fight often. The duo's arguments stopped only when they worked on songs together. Fleetwood faced domestic problems of his own after discovering that his wife Jenny, mother of his two children, had an affair with his best friend. Press intrusions into the band members' lives led to inaccurate stories. Christine McVie was reported to be in hospital with a serious illness, while Buckingham and Nicks were declared the parents of Fleetwood's daughter Lucy after being photographed with her. The press also wrote about a rumoured return of original Fleetwood Mac members Peter Green, Danny Kirwan, and Jeremy Spencer for a 10th anniversary tour. Despite false reports, the band did not change line-up, although its members had no time to come to terms with the separations before recording for a new album began. Fleetwood has noted the "tremendous emotional sacrifices" made by everyone just to attend studio work. In early 1976, Fleetwood Mac crafted some new tracks in Florida. Founding members Fleetwood and John McVie chose to dispense with the services of their previous producer, Keith Olsen, because he favoured a lower emphasis on the rhythm section. The duo formed a company called Seedy Management to represent the band's interests.

I’m taking my mother to luncheon. Wenty Leagues Club. My god these clubs are wealthy. Last time I was here, I sang…

@FakeShowbizNews: Les Dennis UNFOLLOWS Barack Obama on Instagram, sparking rumours of a fall-out between the pair

@MeredithMarks0 “mature woman” but instead of listening to what lisa has to say and moving forward, you hold a grud…

@cheeksmygi I am SO confused. Why is the timeline filled with rumours of either a Joon or Yoongi album?? WHAT DID I MISSS!??!?!

@M0DEL888 Well, Rumours has it that one of the upcoming "Skullectors" doll is Elvira, and; I think that is ABSOLUTELY perfect

@jkenney @WestJet Jason K, is there any truth to the rumours that you may challenge rachel notley for the NDP leadership? 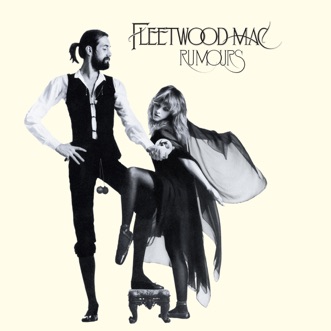