Didn't hear it right when it came out, but it's a masterpiece.

Loopooooooo - greatest album of all time🔥🔥

Love this album more than I love my girl.

J. Cole is the only real rapper in the game

I’ve never heard anything like this album until it dropped and roughly four years later it’s still one of, if not, my favorite albums ever.

Argrilicus - Can we get a 10 star option instead of 5?

This is by far my favorite J Cole album of all time. It deserves 10 stars

This album’s got everything that most people look for in rap songs: smooth lyrics, good bass, catchy tunes. Every song has a meaning behind it that I’m sure lots of people can relate to. One of the things that makes a song so great is its ability to tell a story. Definitely one of my favorite rap albums, probably my number one. All of J. Cole’s albums are fantastic, but I think this one is his best.

J Cole is a legend

Oml I love this album so much❤️❤️

High replay value, great message this album has everything rap is missing these days.

Pleases this 90s baby to know that this album has ALL 5 STARS. Hell yeah!

J. Cole is and always will be a legend. Better than anyone right now for sure. I say through the entire “note to self” without skipping because even that is better than this new trash by “lil” people.

Even to this day I remember listening to this back in middle school. 03 adolescence is a song I could always relate too. Feels like Cole took a time traveling machine into my childhood and took notes. Goes to show people around the world go through similar situations. This album is what really solidified J. Cole as a legend. Highly recommend album, well worth the purchase.

Proudfootjr - One of the greatest albums ever.

His meanings are amazing

One of the best hip hop albums. This and for your eyez only are amazing albums.

fnfnfkbefp - J Cole is the goat

Jacksoncook225 - Liked it a lot

This man needs more credit for what he does.

Οζcαr - Missing half the album

Jrbalderas - Greatest piece of art to ever come out

A relatable type of vibe

Jackie Ackerman - God bless. I love everything about your songs

Not one song id skip on this album, favorite album of all time

This album is amazing🔥🔥🔥

J Cole should of won a Grammy for this album

This is just magic

Keep up the great work! I based a song on my SoundCloud off this as if I was a celebrity called bullet holes. 👍✊🏾

This is his best album yet, I can listen to it from track one to track thirteen, he did his best on this one, now we understand why he didn't release any promo or singles.. Well Done Jermaine

Did it all without a feature.

On point. Once again. Well done J.Cole. Well worth the download.

Never heard such good music in a while bro

I have a very small list of hiphop albums which I regard as true masterpieces, here are some of them, legend of Bigfoot, 7 years of bad luck, train of thought, like water for chocolate, this is how the west was won and things fall apart. As you can see this list contains what many would agree that they are classics. 2014 forest hill drive, belongs in that list, is in that list, wu tang just released an album and it's not even going into that list, but this man, has eliminated my stereotype about famous MCs whom MTV got on repeat. Thank you J. Cole for giving me something new, current and yet on point, now we can all move to the future..

Raphajoseph - Cole world you did it again

The fact that this album is has personal attachment to cole makes it extra special. He finally had the "cajones" to make an album that's not radio friendly and not record label dictated. We finally see the artistic genius that is Jermaine. The no features is a cherry on the top because he truly express himself unapologetically.

NOW THIS IS WHAT I CALL HIP HOP! CLASSIC!

The story from beginning to end clearly he's at his peak

🇿🇦 represnt - Cole our father who art in America

@King_Wale3 W list but Wet dreamz should be here

@deathtocarlo: okay, i’m just gonna say it. “wet dreamz” by j. cole is not that good of a song. kind of annoying actually. 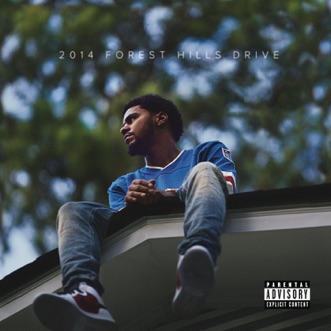