Why are dan & shay copying Macklemore

It gets credit for being a ballsy collab but that’s about it! It does seem like Dan & Shay are trying to get pop cred by duetting with Justin Bieber but that doesn’t really work anymore!

Magdalene B. - How does this still have 3 stars?

Lyrics are super cliche, below average, and predictable. Spare us all and lets hope the radio forgets about this doozie soon.

THIS IS NOT COUNTRY!!!

I don’t care what I think I love your songs

The second you put Justin Bieber on a song it is automatically not country. Anything by Dan & Shay isn’t country.

better than all the other pop crap out there 😊

It’s garbage that is not country

Dan + Shay I think it would be a bit better if Justin Bieber wasn’t the other person singing. I like the song though.

This is the worst song I have ever herd

Why Justin Bieber didn’t die yet?

WHY THE FRICK ARE YA’ll HATING ON THIS SONG JUST BECAUSE JUSTIN BEIBER IS IN IT!! And FYI it IS country

I don’t understand the one star reviews. This song is amazing and has emotion in it. I’m not a fan of Justin Bieber but he sounds good in this song. This is an amazing song and for the people who gave it one star, they need to get their ears checked. Love it!

Cooper2004 - Y’all are the best you should do a consort

and justin bieber is terrible

It’s so funny. No one has haters like JB. JB has fans and then he has like a whole second fan base that pretends to hate him but have to review everything he puts out. Why? Because they claim he’s terrible yet they check everything he’s on lol. Admit it, the biebs is a genius and until the day he stops spitting music out he will be the most popular. To love and to hate

Seriously? It doesn’t matter what it says on here. Justin Bieber would never do anything actually country. This is pop, and it’s good, and people need to deal with it. We don’t need anymore “THiS iSnT cOuNtRy” comments.

Just no. Bunch of easily made bs lyrics that don’t mean anything. True trash

It would be 826 days like what lol. don’t care for song repeats the same word throughout the whole song “ I’d drive 10,000 hours and 10,000 more” and I don’t think that is vary interesting nor creative.

What a horrible watered down cheesy pop country.

I love this song and music video! JillC

By bailey helm - This is a great song

It was a really good song i’m sure that it Took a long time.

this is not good

amazing I love the soundtrack - Sucky

What is your problem with the song? Who cares if it’s not country? There are probably people who like this song like me. This song is awesome. Idc what you guys say.

Overrated, cliche lyrics and not very expressive, instrumental not doing enough and composition overall is just standard nothing beautiful about it. Just an average song at best.

I think it really shows how you feel

Amazing song if you still haven’t listened to it you should right now!!

Love this song! Never expected a collaboration with Justin Bieber but wow amazing!! 😁

Dan and Shay really can’t do any wrong. Every song they release is the best 👌

I love dan + shay but this song isn’t it.

Best collaboration ever and I missed Justin’s Voice so much.

I love everything about this song. The lyrics are everything and I will be playing this song on repeat for the foreseeable future! 👏🏻❤️

Princesslisa5 - I don’t like Country Music but this is Amazing

I usually change the song as soon as I hear Country Music but this song I have on repeat already. It’s amazing.

Willer Vision - Love the song but...

JB just isn’t cut out for this kind of music. D&S were better off leaving JB out of this one. Other than that, it’s a great tune.

Love the song and this collaboration 💕

I really love this song only for the fact that I knew all the words after a few times of hearing it because of how much it relates to my life. On repeat.

I love this song but I just think it just sounds a bit cheesy and who are Dan+Shay?

This is a lovely song!! Video is sweet too!

Not usually a fan of Justin at all. However, I do really like and enjoy this song.

😍😍😍😍😍😍 Anyone that has anything negative to say about this song or Justin are pathetic. This is a beautiful song, Dan & Shay killin it as always 💕 ignore the haters boys! 😘

Go away Bieber, you ruin everything you touch

The song is so beautiful🥰

This is way below Justin's level. Such a generic song I bet it was made in less than a day. 👎

Such a beautiful song... Completely love it ❤️

justin just no...country music isn’t for you at all🤮

I honestly really think this is the worst song of 2019

Glad Justin Bieber is showing is softer side with this song and the video to match. Nice soppy song if you are into that..

NICKIIKCIN - You are better than this Dan + Shay

Dan + Shay you have more dignity and talent than this clout chasing guy. Why did you collaborate man???

Kind of cool at the start but got repetitive and boring. No replay value. Instead, buy and stream the LOVER album by the queen TAYLOR SWIFT.

@KVoostallen: @realDonaldTrump Incredible stupidity once again. The reason why so many large hospitals are using 200,000 or more masks t…

If u spend 10,000 hours on something its safe to say u have it mastered.. put in your hours! 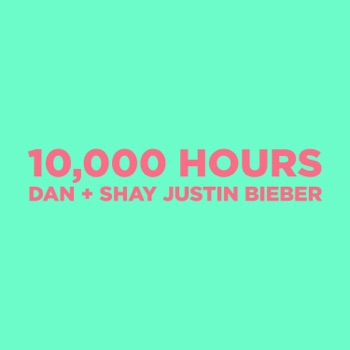