I LOVE this album! My favorite song on this album is "POP"!

DeepPopliker - Not Dirty Pop At All!!!

THIS IS AN AWESOME BAND! i recomend every albumb. I HOPE THE BAND REGROUPS.justin would sound sooooooooooooooooooo much better. i'm a straight boy and i like this music

LuckyThree - This IS NSYNC, not BSB

NSYNC is totally awesome! sad thing is that they broke up

totally great to bad they broke up but still timeless

Is the best song on the album. Lyrics to live by.

I loved this song and knew the dance routine by heart. Yes I'm a guy that could do the dance and did it at school dances. Chicks loved it and I got all the attention. This takes me back and NSYNC will always be one of the best pop bands of all time. They had much better lyrics than BSB and better melodies. They're still relavent to this day which is rare for a boyband.

& still listening to them.☺💕

This album is not as good as "No Strings Attached", but it's still not that bad. It has some pretty good songs like: "Pop", "The Game Is Over", "Girlfriend", "The Two of Us" and "Gone", which is in my opinion Justin's best solo. Still got love 4 *NSYNC

I see alot of people saying it flopped or how it was their worst album, but the more i listen the more i like it. Selfish, the two of us, do your thing, gone, girlfriend. they're all really good songs.

Nsync girl - I miss them!

They're the only boyband That actually made good music! I love them! They were only loved for their looks but for their music!

This album is really awesome 😍

I miss their work so much, at least we still have their music! This was the first CD I bought with my OWN money. :) Come back, *Nsync!

icouldcarelessforviolence - im going on 24 and im a guy and dont hate but i still like them alot.

with all the other reviews on here. i dont care what anyone says every single song from each of their cds from their debut to nsa to celebrity and greatest hits including remixes and solos like 2 of justins cds from justified down to his futuresex/lovesounds cd and jcs which i think he should get going on releasing his 2nd one which he promised. but oh well. i like everything that involves nsync. even rare songs that i heard on the radio back in the day. lol but i woud say nsync is my number one group still as of today. bye bye bye and pop im out. (pop=bubble popping thats all i need to say) lol

lol i actually liked these guys when i was in, like, 1st and 2nd grade. but now, im 15 and i listen to inappropriate metal. lol funny how things like that work.

Ah the days before mp3 and smart phones. Listening to the lyrics I now realize how cheesy this music was, but it's still better than a lot of this new crap that's coming out. Still has that great sound I loved

ohmigosh i totally love the song gone on this album it drives me crazyy im in love with it:)

When I'm in a group band we're going to do something like you cover. Believe it. It's my dream to be in a band.

Nsync was very talented in no strings attached but in celebrity they had some great songs like gone girlfriend and just the two of us.

Beara - Can't get enough of this album!!

Though I have not herd all of there albums this one is like my total fav!! I wish they stayed together for a longer period of time. :(

I have to say this album had some of my favorite nsync songs. Fun and great to dance to. My favorite song is Up Against the Wall.

i have been a lifetime nsync fan and listening to these songs just reaffirms it.

Will always love n sync! The best thing to ever happen (Or so it was back when I was younger!) will keep on jamming till I'm old and grey!

This CD is not N'Sync's best work. No Strings.. is much better. These songs are ok but nothing compared to No Strings.

Both NSYNC and BSB had their hits that everyone loved. But when it comes to album-fillers, I think BSB's were a little more listenable. I can listen to a BSB album from start to finish.

I Remember i had always had this in my cd player all the time.. =] my faves were tell me baby,pop and see right through u ..back then it was bsb,nsync aaron carter & britney spears

BrianSwaldi - The worst of an unimpressive career

I was given this album years ago and went through it just because i'm going through all my music and writing reviews of the albums. None of their albums were very impressive, but this is clearly the weakest. There's nothing genuine here. Some of the songs sound pleasant with occasionally competent vocal haromonies, but most of it's too empty to keep on my IPod. There's just no connection between the singers and the songs and it shows. Unlike Rock and Folk and even, sadly, Country artists there's none of them in these songs. And given how shiny and produced it all is, if this is reprensentative of who they actually are, they aren't much emotionally and it's pretty sad. After being handpicked and artificially put together, it's like "Here's the artificial music made entirely of computer generated sounds programmed (not played and written) by someone else and lyrics that you didn't write and we'll touch up your vocals so you don't even have to work too hard to sing and all you have to do is have pretty hair. Oh wait, here's a professional stylist so you don't even have to worry about that. You just have to keep the teen girls swooning, that's all and you can call yourself a musician for that." Their existence and their contemporaries existence marked the beginning of musical prostitution in that they would lower themselves and their integrity as "musicians" for fame and riches and let others decide every single facet of their careers based on marketability. Even their live shows don't feature live vocals. How could they? It's hard to sing that clearly when you're hopping around in syncronized dance stupidity. Seriously, have you ever actually looked at them dancing on stage? Absolutely hilarious. Like trained monkeys. So millions of shallow teenage girls paid through the nose to go to a concert and watch famous people dance to a tape recording of their songs. That's a lot of money just to watch people dance badly for you. It was cheerleaders watching 5 boys do cheerleader routines to music that they (sort of) recorded. Timberlake's vocals are awful and you can hear it on this album. What's his appeal musically? He sings like a nasally girl. Even if he could sing, it would still be these sad and trite excuse for lyrics. Pop is just an awful song. One of my biggest pet peeves in music (other than back-up singers) is boy bands singing about their feelings as a collective group - especially when then sing about, or to, their fans. It's like a standard concept for these groups. The just love telling fans that they are the meaning of their lives and they're back again for them and all that schlock. I don't care how you claim to feel about your fans. Talk about unrelatable lyrics. But since they aren't actually doing or singing anything real anyway, i guess relatability doesnt matter anyway.

I looooovvvvvveeeee *nsync! Pop is like my favorite song and celebrity! Too bad the band is broken they were all really great and really talented. I LOVE *NSYNC!!! Awesomness!!!

Dustin's boo - I still love NSYNC til this day

I'll agree this wasn't their best album, but it most definately was NOT bad. it was pretty amazing even though it wasn't their best. Besides, compared to today's music its like unbelievably awsome lol. I really miss them

Katnissandpeetaforever - Tell me tell me baby

I loved this group!! I had memorized every word to every song on this album and now listening to it 12 years later memories star to flood in! I absolutely adored this cd!!!!!

ME AND SYDNEY ARE DEFFINETLY GOING TO GET *NSYNC BACK TOGETHER!!:)

Squigee - You probably won't like it unless you actually listen to it.

I'm a die hard *NSYNC fan and I'll admit that off-the-bat, I did not like this album. I had been picking and choosing from the more popular songs and would skim over the others. Once I actually took a listen, though, this album is FULL of great songs. You just have to give them a chance and listen through them. I promise that you will not be disappointed.

This is not the best. I think the first two were the best ones. There are some good songs on this cd. It is a alright buy but not a great one.

I Really Wish NSYNC Could Come Back And Have A Blow Out 2011 Concert! It Would Be So Cool!

I will forever be an *NSYNC girl but that’s because their talents and music are still just as amazing it was when they first started. They’re so very missed and hopefully one day we’ll hear and see them on stage again 💕

Jimbo Herfnerder - So sad that music isnt like this anymore...

I miss this music so much when i was younger i would only listen to the good pop 90's music!! I wish that all the singers from the 90's would come back and do an album for their fans!! I miss listening to these guys and just listening right now is making me soo happy!!!

I can honestly say they did NOT go out with a bang. In my opinion this is their worst work.

All the songs are really catchy and they'll be stuck in your head all day. The top five are: 1. See Right Through You 2. Do Your Thing 3. Up Against the Wall 4. Just Don't Tell Me That 5. Pop/ Gone/ Celebrity/ Something Like You I guess that's the top 8, I couldn't decide on one. You know what... just buy the whole album, if you like N'sync, it's worth it. I love u nsync and Justin!!!

This is the only *NSYNC album I'll listen to. I know all the lyrics and everything.

How are you supporting local, indie business this week? A great way to start is at the abundant farmers markets tha…

i ain pop a mfn pill but ion feel shitt

Stumbled on some hyper pop genre of house/dance music, heavily mess with this

from burgos circle to pop up! tipsy yan.

@BuckeyeStateCop @POTUS Used to know a guy that owned a gas station. He made nothing on gas, pop and snacks were wh… 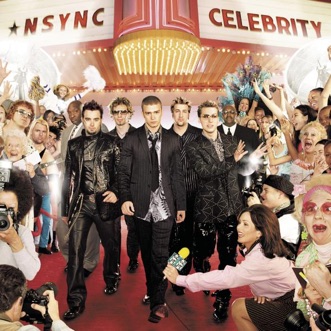